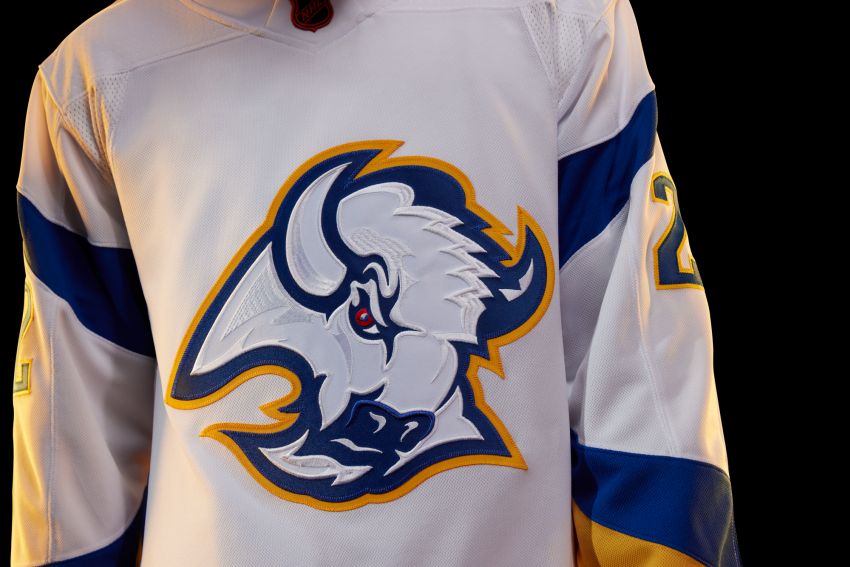 Get ready to see a new twist on a popular Buffalo Sabres jersey.

The NHL on Thursday unveiled a blue and gold version of the “Goathead” jersey the team wore from 1996 to 2006.

The Reverse Retro white alternate jersey by Adidas will be worn eight times this season, starting Nov. 2 against the Pittsburgh Penguins at KeyBank Center.

The Sabres, of course, announced in August they would be bringing back “Goathead” jersey in the original black and red motif for 12 home games this season. That jersey will be released early next month.

The league on Thursday released Reverse Retro jerseys for all 32 teams. The jerseys go on sale Nov. 15.

The other dates the Sabres will be wearing their new blue and gold alternate are below (home games in bold).

– Nov. 12 against the Boston Bruins

– Nov. 25 against the New Jersey Devils

– Dec. 12 against the Penguins

– Dec. 27 at the Columbus Blue Jackets

– Jan. 14 at the Nashville Predators

– Jan. 27 at the Chicago Blackhawks

– Feb. 1 against the Carolina Hurricanes