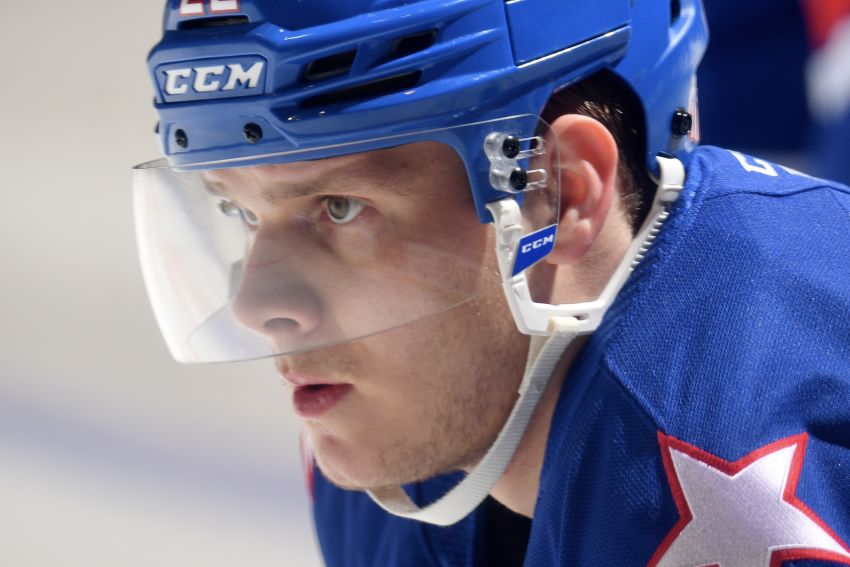 Finally, after the Sabres scratched Ruotsalainen four times over a five-game stretch in November, they sent him back to the AHL, where he began last season.

When Ruotsalainen, 24, arrived in Rochester, Americans coach Seth Appert was surprised at what he saw.

Ruotsalainen had performed like one of the AHL’s elite talents last season, recording five goals and 13 points in 13 games before forcing his way up to Buffalo in April. But in late November, the Finn looked nothing like that player.

“When he came down to us originally, I was like, ‘Whoa, this is not the same player that I coached last year,’” Appert said on a Zoom call prior to Wednesday’s game against the Syracuse Crunch. “I think sometimes when you’re not playing a lot, the life gets sucked out of you and it’s not as much fun to come to the rink because you’re scratched and all of those things.”

So it took Ruotsalainen time to adjust to the AHL after playing 33 straight games in the big leagues. He recorded just two assists in his first seven outings. In one game, he registered an awful minus-4 rating. He scored his first goal in his seventh appearance.

But Ruotsalainen has found a groove and been on a tear this month. Entering Wednesday’s game at Blue Cross Arena, he had recorded four goals and 11 points in the last seven contests.

“It took a while to get back on track,” said Ruotsalainen, who has been centering prospect Jack Quinn. “I think I’m feeling better and better every game and I’m getting my confidence back. I think it shows on the ice. I can play like I used to play.”

What else has changed? For starters, Ruotsalainen has been earning big minutes as the Amerks’ No. 1 center.

“I just think he’s got a more comfortable space with his own game right now because he’s been playing so many minutes for us and he’s allowed to do that.”

Despite some struggles in Buffalo, Ruotsalainen showcased growth, most notably a willingness to utilize his 5-foot-9, 187-pound frame and battle at the net. Counting two in the preseason, all four of his tallies with the Sabres this season were “dirty goals.” In last Wednesday’s 7-6 win over the Utica Comets, he scored twice at the net.

In Finland, where he scored 16 goals in 19 games with Ilves Tampere last season before leaving for North America, Ruotsalainen could rely on his heavy shot to score from the circle area.

“You’re just not going to get a lot of goals from there on goalies in the American Hockey League or in the NHL, especially five-on-five,” Appert said. “So if you want to be a scorer in North America, this level or in the NHL, you better get to the inside, you have to be willing to pay, you got to get to the blue paint.

“We’ve been a really good blue paint team for two years. Arttu’s bought into that and has done a good job getting to the inside.”

If Ruotsalainen and Quinn stay together, they could morph into a dynamic duo. Entering Wednesday, Quinn, 20, had scored 17 goals and 34 points in 23 games.

Ruotsalainen said his communication with Quinn has helped generate success.

“It’s easy to play with him because I like to talk on the bench a lot and he’s that kind of guy who wants to talk, too, and find ways how to be better on the ice and how we can be better together,” Ruotsalainen said.

As Appert watched Michael Houser stop a breakaway and the follow-up opportunity less than two minutes into Tuesday’s 3-1 road win over the Ottawa Senators, he said he knew the Sabres goalie was going to have a great game.

Houser, 29, finished with 43 saves in his NHL season debut.

“Now, I didn’t think it was maybe going to be 43 out of 44, that was a pretty special night for any goaltender,” Appert said. “So that was a lot of fun to watch. All of our guys are buzzing about it in the locker room. We’re all just incredibly happy for him.”

Appert said he had a “pretty big smile” on his face all night watching Houser, who signed an NHL contract last Wednesday and joined the Sabres.

Houser has played 11 games for the Amerks this season, compiling a 5-4-0 record with a 2.98 goals-against average and a .901 save percentage.

“He’s been real good for us,” Appert said. “I think his numbers would look better if there wasn’t like one goal maybe every second game that was a little bit of a squeaker. … His play has been even stronger than his numbers may suggest.”

Appert said before the Sabres recalled Samuelsson, 21, on Monday, he “was becoming a dominant defender in the American Hockey League.”

“The most impressive thing is he’s a great defender and he’s physically committed and there’s some violent intention when he goes and closes on people, which is still an important part of this game,” he said. “But he also had 15 points in 20 games down here, and with zero power-play time. I think his puck play and his transition play is an underrated aspect of the growth that he’s shown in the last couple years.”

Notes: The Sabres, who had Wednesday off, host the Dallas Stars tonight at KeyBank Center. … The Sabres on Wednesday reassigned winger Brett Murray to the taxi squad and defenseman Casey Fitzgerald from the taxi squad to the Amerks. … With the Amerks short on goalies, they signed ex-Canisius College star Charles Williams to a PTO last week.