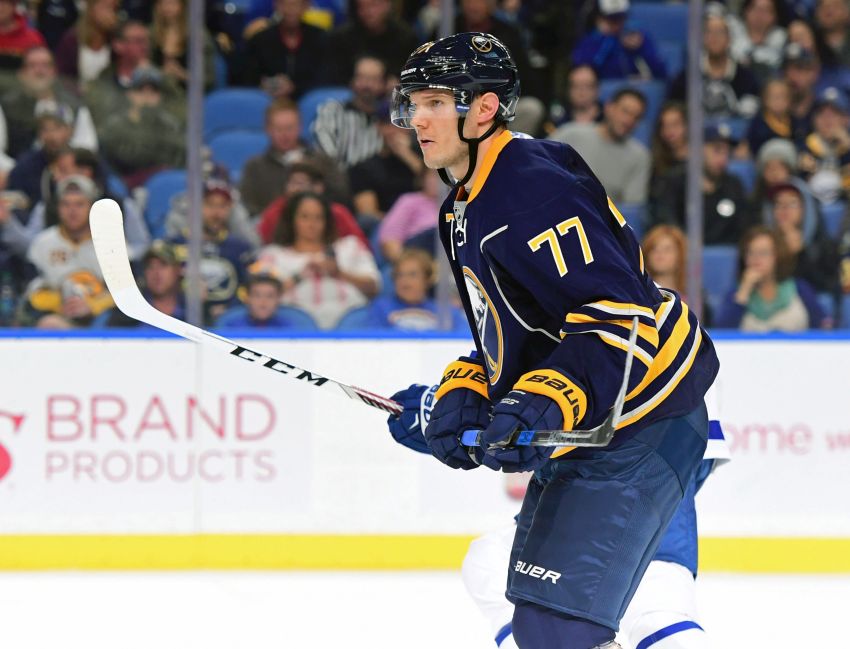 BUFFALO – Just like that, the Sabres’ defense is a little thin. Sure, it’s 12 days before the season opener. The injuries, of course, could be minor.

But with Zach Bogosian (mild groin strain) and Dmitry Kulikov (“bruised butt bone,” according to coach Dan Bylsma) sidelined from practice today, the Sabres are down two of their top four defensemen. Don’t forget, top defender Rasmus Ristolainen is practicing without a contract.

Bogosian hurt his groin in Thursday’s 1-0 shootout win against Toronto. He left the game as a precaution and is being examined by a doctor, Bylsma said.

Kulikov, meanwhile, was hit into the bench door in Friday’s 8-1 loss to Toronto.

The Sabres, who have 33 players left in camp after assigning 17 to the Rochester Americans this morning, were joined by defenseman Taylor Fedun today. Fedun, 28, missed the first week of camp recovering from a fractured foot he suffered in April.

“I certainly was hoping to be a little more prepared,” Fedun said of missing time. “I didn’t know the whole foot issue would drag out as long as it. But I was just going to come in and try to battle for a spot in the depth here. I know there’s a good corps of guys here. It’s a long season. I know there’s injuries, things happen. I want to prove I can play at this level.”

What kind of player is he?

“I’m slightly smaller than some of the big guys we got back here,” Fedun said. “I think one of my strengths is using my hockey sense and smarts out there to play a strong position game and distribute the puck fast.”