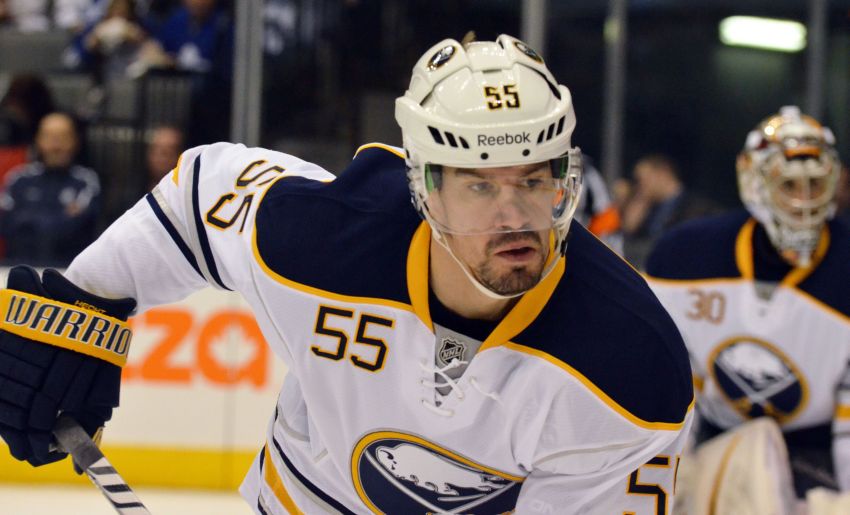 Judge him differently, his supporters said. Sure, Jochen Hecht’s no longer a 20-goal, 45-point player. But the 35-year-old forward’s a veteran asset. He’s a good guy in the room and can still contribute something on the ice.

No way, the detractors said. The German was declining before he suffered three concussions in a 10-month span. The Buffalo Sabres shouldn’t have re-signed him in January. The move shows they can’t move on from the past.

Less than two months after inking a one-year deal, Hecht’s 10-season run with the Sabres could be ending soon. The team’s longest-tenured player will reportedly be a healthy scratch tonight in New Jersey against the Devils (it’s believed to be his first scratch with the Sabres).

Of course, the writing has been on the wall for weeks. Hecht was a favorite of former coach Lindy Ruff.

Hecht’s ice time dropped to 8:01 in interim coach Ron Rolston’s first game, almost a seven-minute dip from the previous contest. It was clear then Hecht’s days might be numbered.

“Jochen is a smart player,” Rolston told reporters this afternoon in Newark. “He plays very smartly, does whatever you need, and he’s played well lately.”

Rolston has skated Hecht more than 10 minutes in only two of his seven games. In recent outings, Hecht has manned the left wing on the fourth line with rookie Mikhail Grigorenko and Drew Stafford.

The coach mentioned the “stability” Hecht can provide beside Grigorenko and lauded his “veteran presence.”

“You’re going to get that same product on the ice,” Rolston said about Hecht.

Still, he’s not that impressed if he’s going to scratch him.

Now, what do the Sabres do with Hecht? Do they waive him for a roster spot soon? Do they still view him as an asset? Can they trade him? Could this just be a one-game benching so tough guy John Scott can play?

Stay tuned. Whatever happens, Hecht has enjoyed a strong run with the Sabres. Fans shouldn’t forget that.

Update: Hecht has been scratched.

3 thoughts on “With Rolston in charge, Hecht’s long Sabres tenure could be ending”