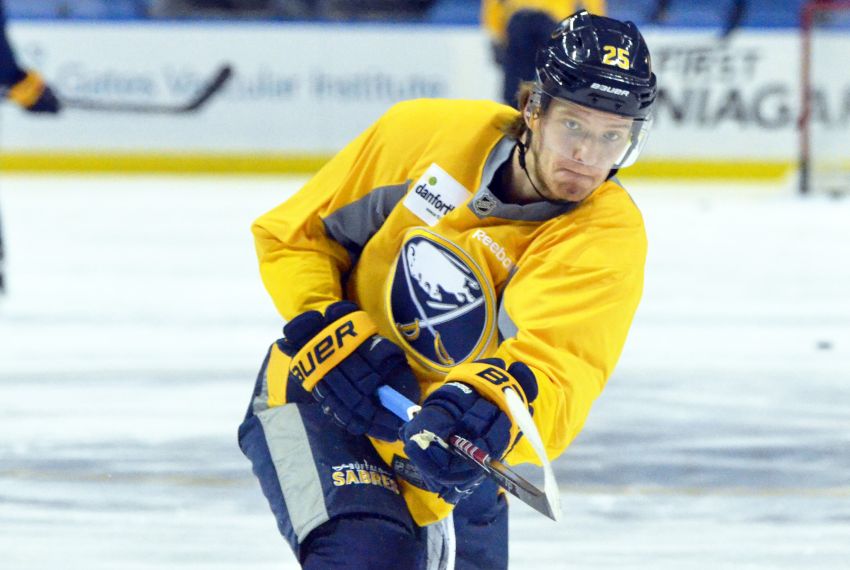 BUFFALO – Mikhail Grigorenko packed his bags today and said goodbye to the Sabres for at least a month. The 19-year-old center is off to represent Russia at the upcoming world junior championship, a tournament the prospect and the team believe could ignite his development.

Having compiled four goals and 11 points in 13 tournament games over the last two years, Grigorenko has played well against the world’s best teenage talent.

But interim Sabres coach Ted Nolan wants Grigorenko to perform at a new level this year.

“He has to go down and be one of their best players,” Nolan said this afternoon inside the First Niagara Center about his message for the youngster. “He can’t just go down and be a player; he has to be one of the best players. Once you dominate one level, it gets you ready for the next level. And you look through the history of all those young protégés or young stars, they all have to do it.”

Grigorenko, the 12th overall pick in 2012, has two goals and three points in 18 NHL games this season. He’s been a healthy scratch the last three games and six of the nine since Nolan replaced Ron Rolston.