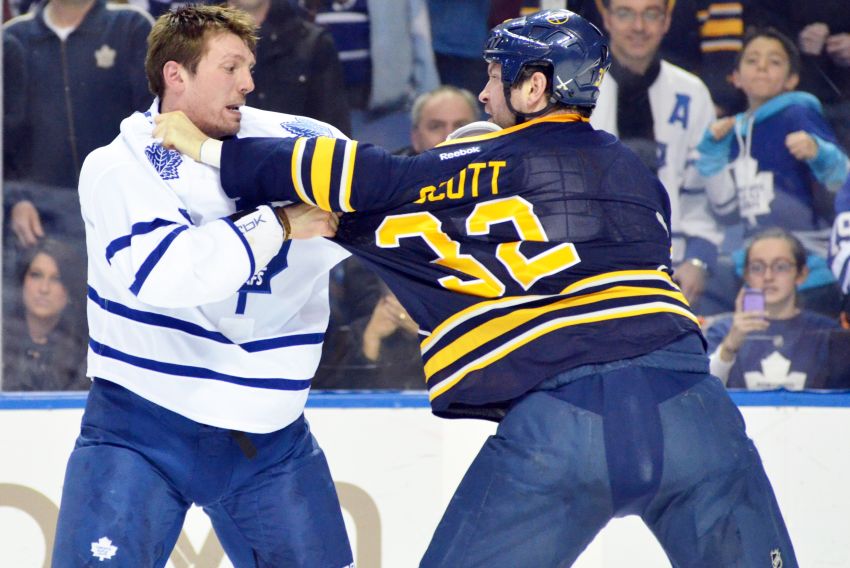 BUFFALO – About halfway through this morning’s practice, Sabres tough guy John Scott broke his stick on the boards, left the First Niagara Center ice and stomped down the hallway to the dressing room.

Scott, a winger who’s been practicing as a defenseman, likely wasn’t going to play Tuesday against Carolina. He might’ve played his last game with the Sabres, though.

In other news, Sabres goalie Ryan Miller didn’t practice today but Nolan believes he’s back in Buffalo after representing Team USA at the Sochi Games.

“We’re banking on it,” Nolan said.

He added: “It’ll be a different challenge, but hopefully he has some sleep and he’s somewhat awake at that point.”

Nolan acknowledged it has crossed the team’s mind to recall a goalie from Rochester.

“Would I like to stay? Certainly,” he said. “Would I like to continue? No question. But the No. 1 thing is Pat (LaFontaine) asked me to come in and do this. I’m going to do it to the best of my abilities. Hopefully, it’s good enough to stick around.”