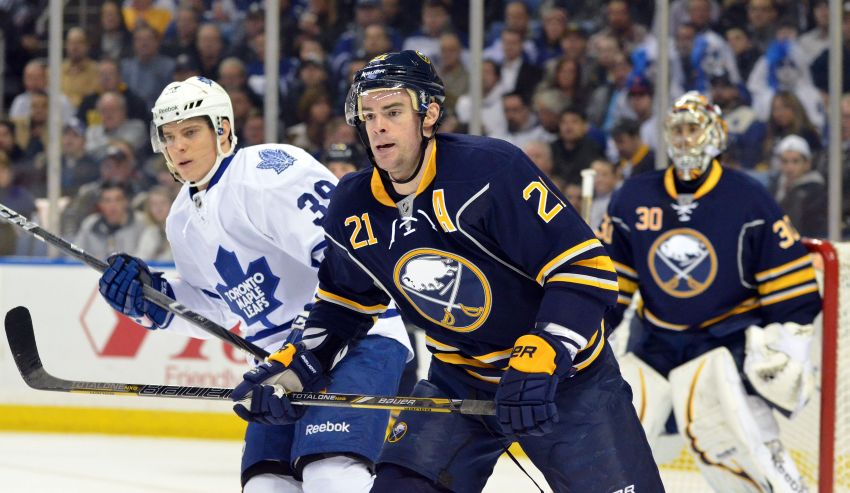 MONTREAL – The rumors, Drew Stafford said, are simply not true. The struggling Sabres winger doesn’t want to be traded. The 27-year-old would like to stay in Buffalo, his only NHL home.

Right now, Stafford’s focusing on busting out of his long offensive slump. Asking to be dealt with two years and more than $8 million left on his contract, well, that would be the easy way out.

“No matter how bad it gets, as far as the lack of offense, the statistics, it’s frustrating you’re losing games and everything, I mean, I’m not going to stop. I’m not going to quit,” Stafford said Friday inside the First Niagara Center after the Sabres prepared for tonight’s tilt against the Canadiens. “I’m going to continue to try to find ways to get better and do my best, and that’s just who I am.”

In a season full of disappointing performances, Stafford might be the Sabres’ biggest underachiever.

Through 31 games, the Milwaukee native has only four goals, one less than he had in an eight-day stretch last March, and 11 points. He didn’t score his first goal until the Sabres’ 15th game on Feb. 15. His wretched minus-12 rating ranks last on the team and 758th in the NHL.

“There’s no real explanation for it,” Stafford said about his slump.

Recently, however, Stafford has showcased some of his old form.

He’s off the fourth line, skating beside Tyler Ennis and Ville Leino on a legitimate scoring combination. Stafford scored twice in last Saturday’s 4-3 shootout loss to Ottawa, doubling his output from the previous 27 games.

In Thursday’s 5-4 triumph over Toronto, his third-round shootout goal kept the Sabres alive.

“Just a lot of shootout practice and hunch more than anything,” said Rolston, whose team will go for its third straight win tonight.

For Stafford, the nod provided a much-needed confidence boost.

“I don’t think I’ve had a shootout opportunity in over a year,” he said.

This year was supposed to be Stafford’s second breakout campaign. After netting 31 goals in 62 games two seasons ago, the power forward struggled most of 2011-12 before catching fire at the end.

Even in a lockout-shortened campaign, 20 scores seemed likely if Stafford and his linemates meshed again.

But the trio couldn’t recapture its late-season magic in January and February and was eventually broken up twice.

“It’s just unfortunate the way things worked out with Tyler and Marcus,” Stafford said. “We weren’t clicking right away. It just kind of went from there.”

Stafford’s minutes have dwindled under Rolston, who took over for Lindy Ruff on Feb. 20. He skated only 9:26 on March 2, his lowest total in years. Stafford has been skating around 15 minutes recently.

“With Lindy gone, Ron coming in, it’s kind of a new start for everyone,” Stafford said. “I found myself on the bottom of the depth chart there, and I kind of had to start from scratch again. That’s how it’s pretty much been for the last … 15-20 games. … I’m going to do the best in that situation.”

Years ago, a slump would’ve overwhelmed Stafford. As a youngster, the frustration was visible on his face.

“It’s just a maturity thing. I’ve been through it before,” Stafford said. “I know that it’s a waste of energy to focus on the negatives. It comes down to you just have to ignore the noise, stick with what you know. …

“I don’t want to come down here and be moping around, trying to bring everyone down, especially when we need to have as much positivity and energy going right now to try to get some wins.”

As an assistant captain, Stafford’s cognizant he helps set the tone everywhere.

“It’s off the ice. It’s your work habits,” he said. “You’re representing the team here, and you want to make sure you’re always having that attitude of continuing to want to get better and be a guy that’s part of the solution.”

With the April 3 trade deadline approaching, Stafford’s running out of time to prove he wants to be part of that solution.

“I want to win here,” Stafford said. “That’s pretty much it. I want to continue to try to find ways to help bring a championship to this city because the fans deserve it here.”

One thought on “Struggling Stafford wants to remain with Sabres”