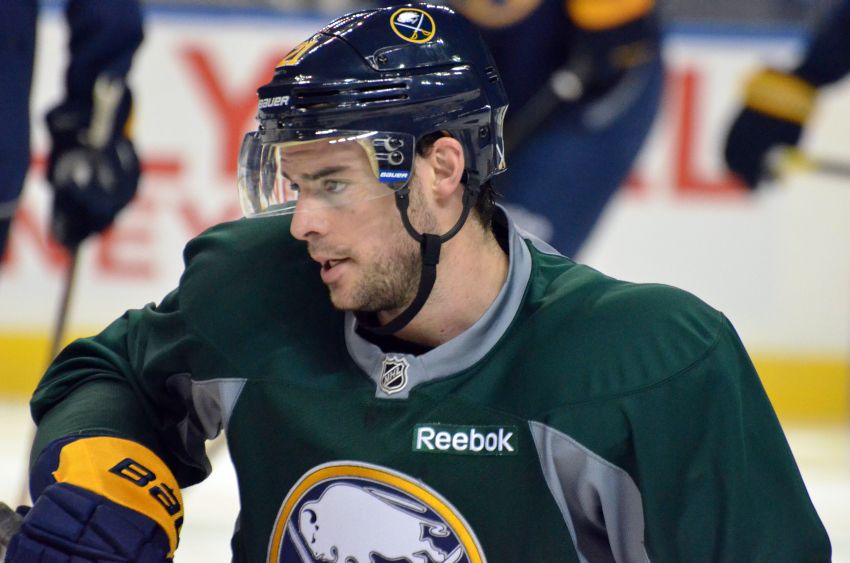 BUFFALO – It was an epic miss magnified by his 14-game, season-long goal drought. On a three-on-two break during Tuesday’s 2-0 loss in Ottawa, struggling Sabres winger Drew Stafford misfired on a one-timer with a yawning net ahead, blowing a glorious chance to end his slump.

“I think everyone saw the highlight of him missing, just heeling what would’ve been a wide-open one-timer you’d almost think was right in the wheelhouse,” Sabres coach Lindy Ruff said this afternoon inside the First Niagara Center.

Ruff’s confident Stafford will catch fire. The 27-year-old’s a notoriously streaky scorer. He scored seven goals in 10 games in March. He scored 19 times over a 25-game stretch, including two hat tricks against Boston, Friday’s opponent, during his career-best 31-goal season in 2010-11.

“I try to do my best to keep Drew in the right place so he doesn’t get too frustrated,” Ruff said. “ … We’ve seen him go from where he’s at this year, the same as last year, he gets on a run, it’s incredibly hot. I’ve seen (Thomas Vanek) go through some really tough stretches and then get incredibly hot. It tends to happen with a lot of good goal scorers.

Tyler Ennis, Stafford’s center, added: “Everyone’s been in his shoes at one point in his career. Everyone goes through it. Sometimes pucks just don’t go in. When they start going in they’ll go in bunches.”