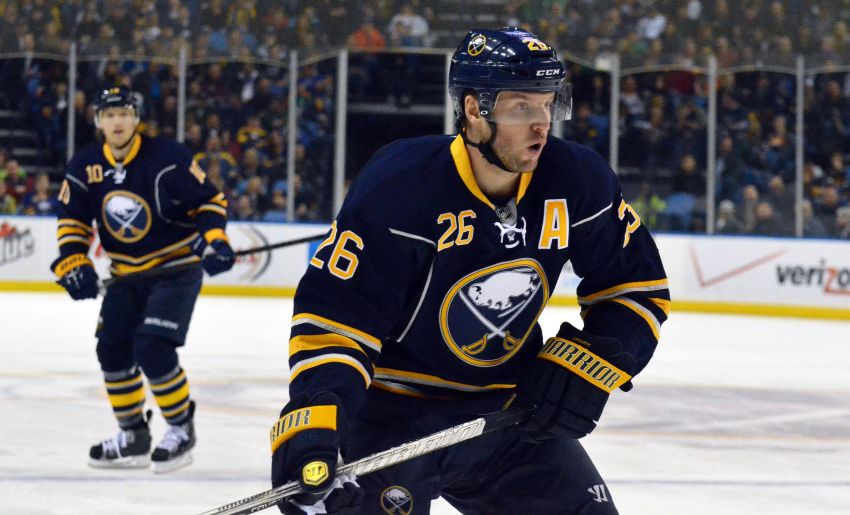 “I thought he broke my hip because it was puck on bone,” Vanek said Friday after practicing inside the First Niagara Center, his first session back on the ice.

But the Sabres’ leading scorer has healed quickly. He felt good during the short skate and believes he can return tonight against the Canadiens following a one-game absence.

“I’ve gotten hit many times, but not in that spot,” Vanek said. “For the next two days, I couldn’t move my leg much. It’s one of those things it got better a little bit at a time, and (Thursday), all of a sudden it made a big jump.”

Vanek, who always seems to be nursing some sort of injury, has already missed four games this season.

“It’s tough with the shortened season because you don’t have the time to recover playing every other day or back-to-backs,” Vanek said. “Sometime you get nicked up a little and you play through it, and you add a new one to it. Before you know it, weeks later you got three, four things going on.

“In a normal season, even if you miss a game, sometimes you have a chance to have five days between your next game. So that’s the tough part.”

In other injury news, Andrej Sekera practiced Friday and will see how he feels this morning. But it’s likely the defenseman will miss his fourth straight game and return next week, interim Sabres coach Ron Rolston said.

Meanwhile, winger Nathan Gerbe missed Friday’s session but is fine and flew out with team, Rolston said. He provided no other details.

Gerbe was scratched for the second straight game Thursday.