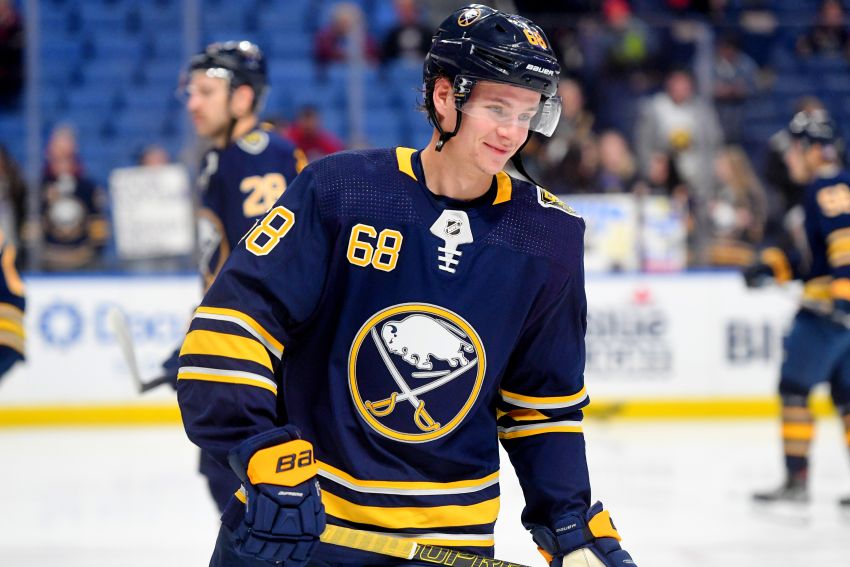 “It is definitely a pity to see (Johansson) injured, and he’s really disappointed, too,” Krueger said inside KeyBank Center. “He had really a breakout kind of game where you thought, ‘OK, here we go,’ and he gets paused from injury.”

Krueger said seven defensemen and 12 forwards will take warm-ups tonight. A lineup will be finalized later.

Wilson, 27, scored one goal in three outings during his recall.

Behind The Bench w/@BillHoppeNHL: Visits by #Sabres of the past a reminder of better times. https://t.co/EZMLzjbGP3