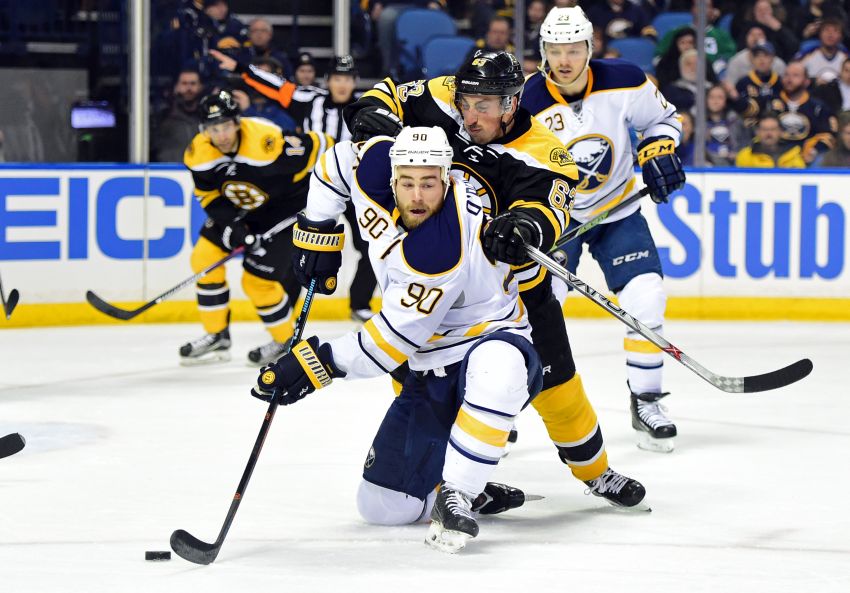 Update: Bylsma said following the Sabres’ 4-3 loss O’Reilly will miss three to four weeks. O’Reilly was sporting a boot on his right leg after the game.

To replace O’Reilly, the team’s only NHL All-Star, the Sabre recalled rookie winger Justin Bailey from the Rochester Americans this morning. Bylsma said winger Sam Reinhart, who has been playing beside O’Reilly, will switch back to center, his natural position.

“You’re taking out a guy who plays 20-plus minutes in every situation,” Bylsma said inside the First Niagara Center. “He’s the first over the boards in everything we need and that’s a big part of our lineup.”

Bylsma said he’ll have an update following the game after O’Reilly is examined. O’Reilly, who has 17 goals and 49 points in 59 games, was injured in Friday’s 4-0 win in Columbus, he said.

“You probably wouldn’t catch it if you watch the game again,” Bylsma said. “It wasn’t a big play.”

Bailey, a Williamsville native, impressed Bylsma earlier this month during his four-game stint with the Sabres, his first NHL action.