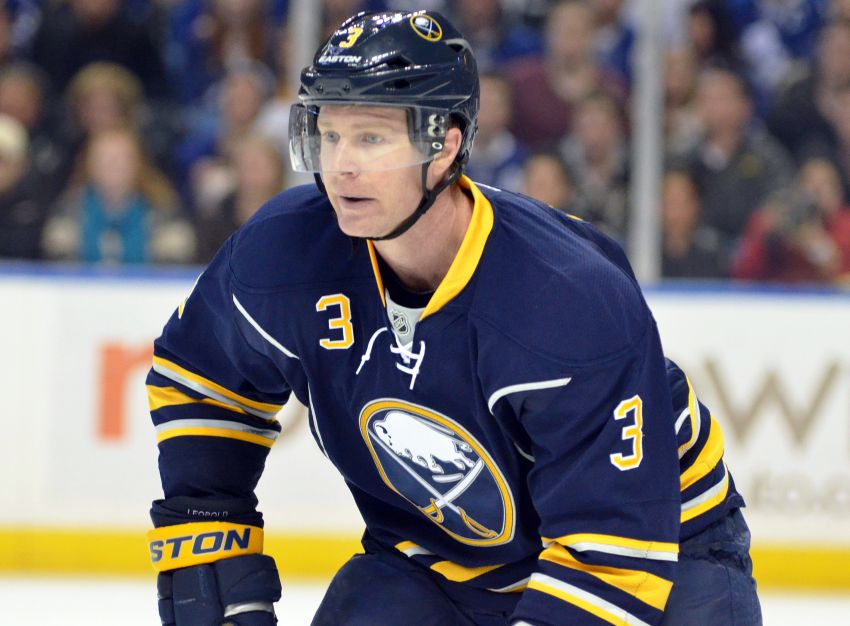 Jordan Leopold was with the Sabres this morning. ©2013, Dan Hickling, Olean Times Herald

The 32-year-old, who was with Sabres this morning preparing for tonight’s game against the Washington Capitals, will become an unrestricted free agent following the season.

It was believed the Sabres would try to deal him before Wednesday’s trade deadline.

Leopold struggled much of the winter, even sitting as a healthy scratch before an injury sidelined him eight games.

When he was healed, interim Sabres coach Ron Rolston sat him an extra game. Leopold rebounded, though, and Rolston played him more than 20 minutes most games.

“I’m not scared, no,” Leopold told the Times Herald on Friday about possibly being dealt. “I have a job to do day in, day out. Things that I can’t control, I’m not going to stress over. I just have to go out and perform and whatever happens happens.”

He added: “Those are the things people don’t see when you get traded, the family aspect of travel, the moving, long nights, early mornings – that kind of stuff, getting acquainted with your teammates, whatever it may be.

“Going forward, I’ve taken pride in being here in Buffalo and definitely been involved in the community. … I would like to have a future here. But we’ll see what happens.”

Update: The Sabres have officially announced the trade. The Blues sent a second- and fifth-round pick in the upcoming NHL Entry Draft for Leopold. Sabres general manager Darcy Regier will speak to the media at 6:45 p.m.