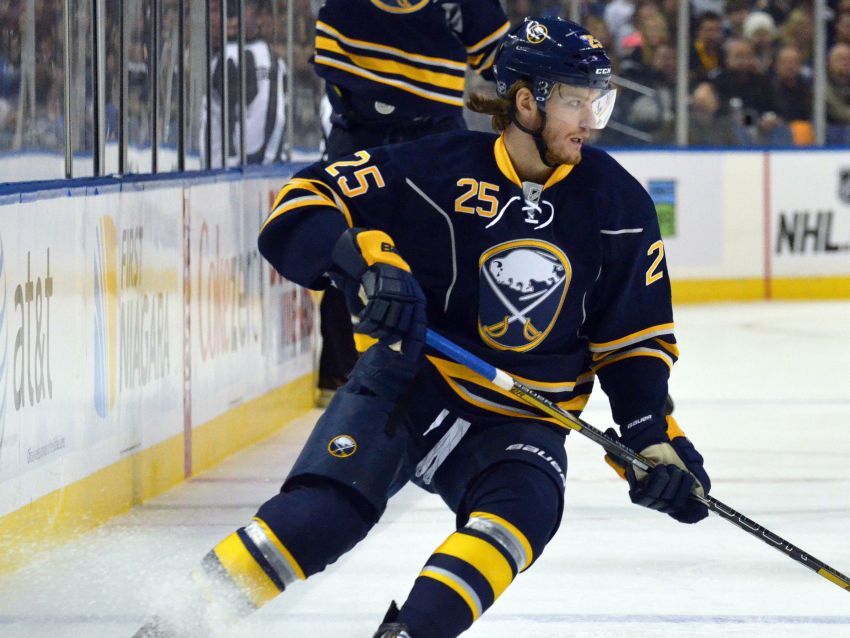 Mikhail Grigorenko’s next appearance will be his sixth. ©2013, Dan Hickling, Olean Times Herald

BUFFALO – For the time being at least, top prospect Mikhail Grigorenko is still with the Sabres.

The 18-year-old practiced this morning inside the First Niagara Center. It’s unclear whether he’ll play Tuesday against Toronto, the sixth appearance that would activate the first year of his entry-level contract.

“We don’t have to,” coach Lindy Ruff said today when asked if the Sabres had decided whether to keep the Russian or send him back to the QMJHL’s Quebec Remparts.

Beyond the center’s play, which Ruff liked while skating him a career-high 17:10 during Sunday’s 3-2 loss in Washington, the Sabres are weighing several other factors.

Does Grigorenko think he’s done enough to stick around?

The Sabres could also scratch Grigorenko before his sixth game. Practice time and watching from the press box might be beneficial.

“That’s one of the considerations,” Ruff said about sitting Grigorenko. “I thought he held up very good in (Sunday’s) game, a great opportunity to score.”

So far, Grigorenko’s pointless. Ruff thought he played his best game Sunday, though.

In other injury news, Leino, who’s battling a hip problem, hasn’t skated in about a week. Despite some new treatment, “Progress seems slow,” Ruff said.