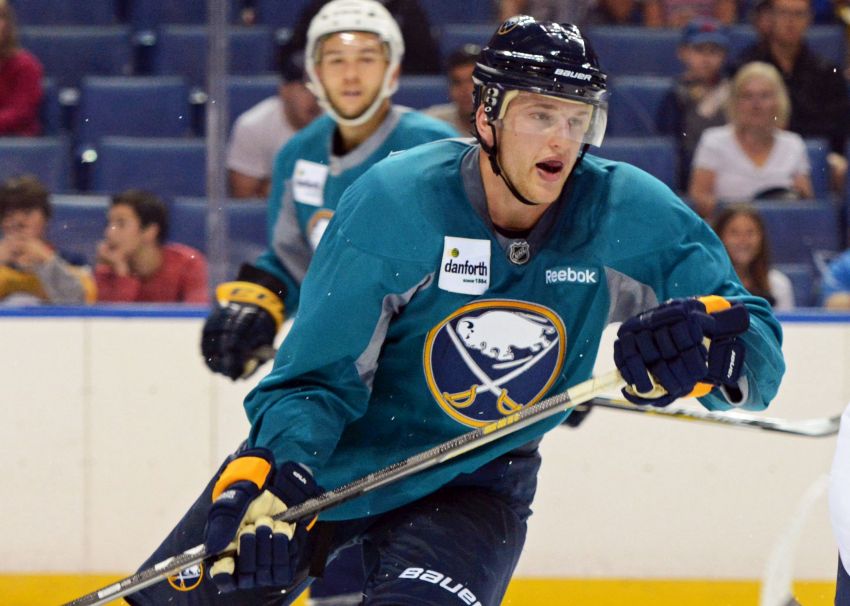 The 20-year-old will start with the Sabres immediately, according to multiple reports, meaning the first year of his deal will likely be used this season.

Fasching just finished his junior season at the University of Minnesota, scoring a team-high 20 goals, including seven game-winners, and 38 points in 37 games. The Sabres’ best NCAA prospect compiled 46 goals and 94 points in 115 career contests.

“Hudson showed us the kind of player he can be during his college career and we are pleased to sign him,” Sabres general manager Tim Murray said in a statement. “We believe he has the potential to be an effective NHL player and wanted to bring him in as soon as possible.”

The Sabres acquired 6-foot-2, 216-pound Fasching with winger Nick Deslauriers from Los Angeles on March 5, 2014, just months after the Kings drafted him in the fourth round, 118th overall.

The Minnesota native built himself into a top prospect as a freshman when he stopped wavering and decided he wanted to play as a power forward. That’s why the Sabres paid a steep price – defenseman Brayden McNabb and two second-rounders – for him.

Fasching, a teammate of Sabres center Jack Eichel at Team USA competitions, scored 14 goals and 30 points in 40 games in 2013-14 as the Golden Gophers reached the national championship game.