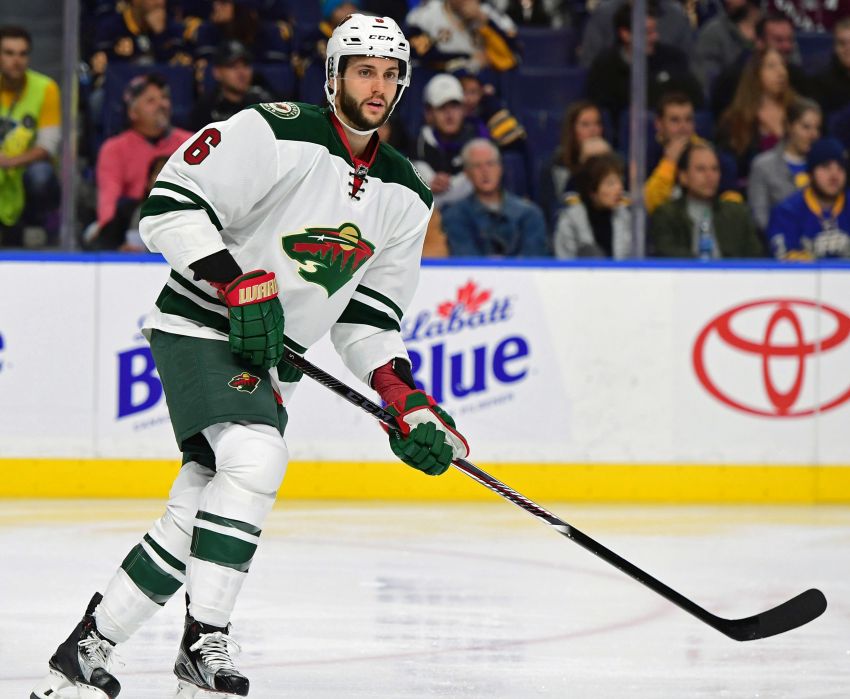 “Just another maintenance day,” Sabres coach Phil Housley said this afternoon inside HarborCenter. “He had a really good day yesterday. We’re just being cautious. … I really like the progression he’s been making. Instead of trying to push the envelope, he has a tough practice, a high-paced practice yesterday, it felt good, but let’s just take it slow.”

He added: “His progression is looking intriguing for us.”

“Maybe next week he’ll get back in,” Housley said. “No promises. We don’t want to put any pressure on anybody. We just want to make sure he’s ready for Oct. 5, (opening night).”

The Sabres acquired Scandella from the Minnesota Wild on June 30.

Larsson, a tenacious presence with some offensive touch, could center the Sabres’ third line.

“He’s an intriguing player because he’s feisty but he’s also smart,” Housley said. “He’s getting used to our systems coming back. He’s made steps every day.”

The Sabres beat the Pittsburgh Penguins 4-3 in overtime Tuesday at Penn State.

The Sabres have 47 players – 26 forwards, 16 defensemen and six goalies – left in camp.