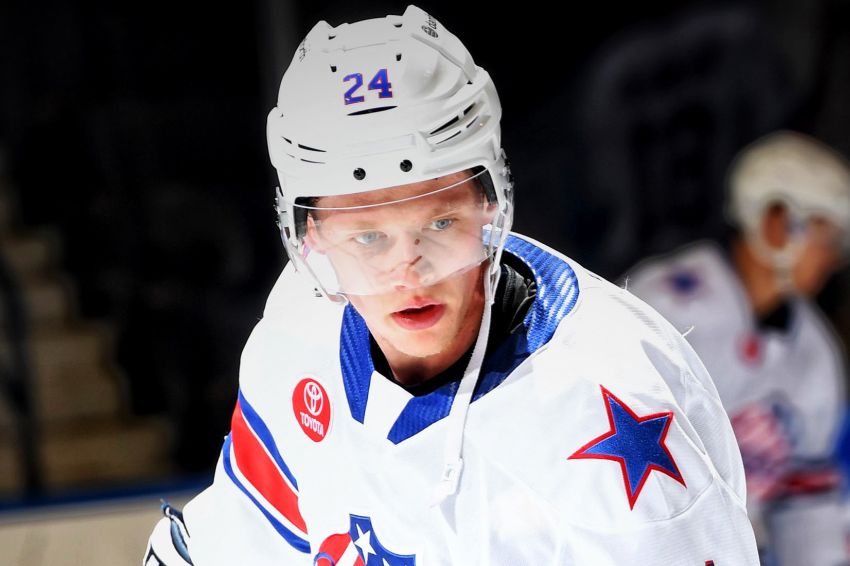 The Buffalo Sabres recalled defenseman Lawrence Pilut from the Rochester Americans tonight before they left for their two-game trip to Sweden.

Pilut, 23, is one of six Swedes on the roster. He will likely serve as a spare defenseman during the trip.

The Sabres had seven healthy defenders before Saturday’s 1-0 loss to the New York Islanders.

The Sabres also announced tonight goalie Andrew Hammond, who has spent the entire season with the Amerks, will travel with them to Sweden.

The NHL allows teams to bring an extra goalie overseas for Global Series games. The Sabres play the Tampa Bay Lightning on Friday and Saturday.

Luukkonen, 20, made 25 saves in Saturday’s 4-1 loss to the Brampton Beast, his first action since undergoing hip surgery in late April.