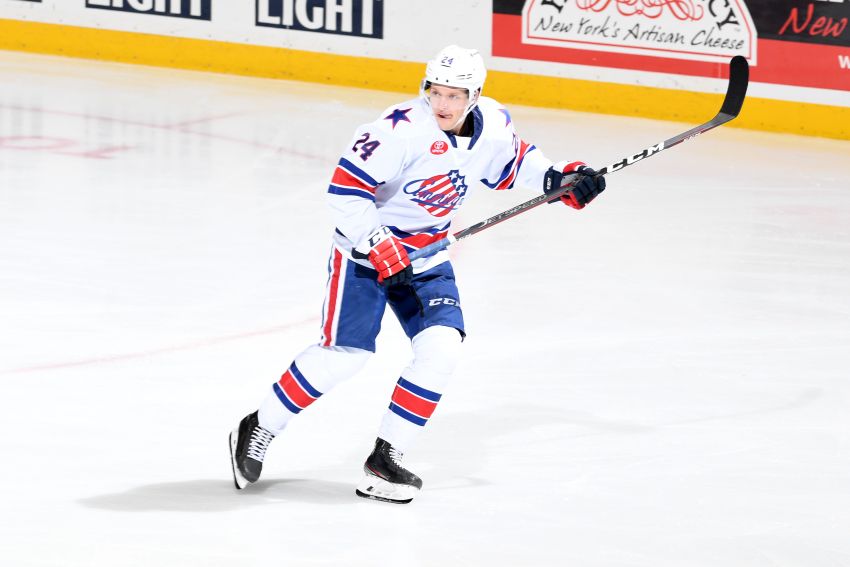 Lawrence Pilut was a spare during the Sabres’ trip to Sweden. ©2019, Micheline Veluvolu, Rochester Americans

The Buffalo Sabres sent defenseman Lawrence Pilut back to the Rochester Americans today.

The Sabres recalled Pilut, 23, last week to serve as a spare defenseman during their two-game trip to Sweden.

He was one of six Swedes on Buffalo’s roster.

The Sabres have today and Tuesday off before resuming practice Wednesday.