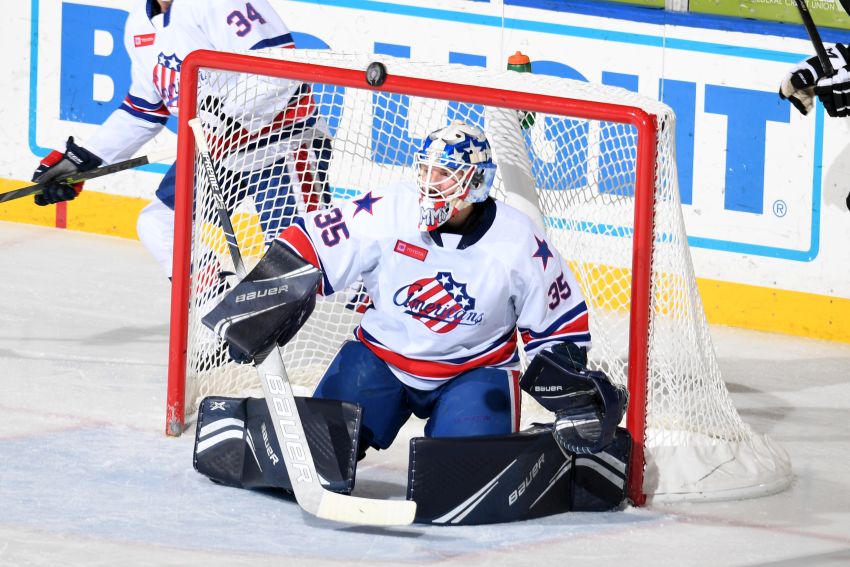 BUFFALO – Center Marcus Johansson (sick) and goalie Carter Hutton (family circumstances) will not play this afternoon, the Sabres have announced.

To replace Hutton, the Sabres have recalled goalie Andrew Hammond from the Rochester Americans. Krueger said the Sabres will dress seven defensemen and 11 forwards.

Hammond, 31, has compiled a 13-10-2 record with a 2.57 goals-against average and a .904 save percentage in 27 games with the Amerks this season. He accompanied the Sabres on their trip to Sweden earlier this season.

Today, of course, could be his last game ever here.