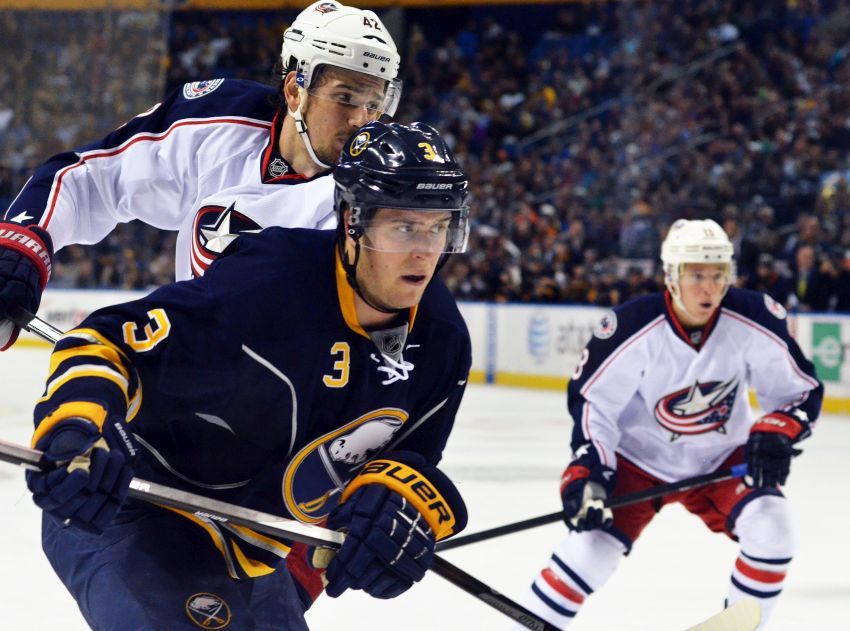 “I got back up, nothing happened. That’s a good feeling,” Pysyk said following his return to game action after collapsing during a pickup basketball game Feb. 28 inside the Blue Cross War Memorial. “That’s good for the confidence.”

The Sabres told Pysyk, who suffered a seizure related to dehydration after playing two games with Buffalo, not to rush back this season. But the 23-year-old wanted to return for some peace of mind before the AHL season ends Sunday.

The 2010 first-round pick didn’t want his health hanging over his head all summer.

“That’s one of the reasons why I want to come back for the end of this season, just to clear that,” Pysyk said.

Amerks coach Chad Cassidy added: “When you go through something like that … there’s a lot of questions. It’s good that he could get that off his chest tonight.”

Cassidy said Pysyk was engaged, strong on his battles and “by far our best player.”

“He finds the tape coming out of the zone more often than not,” he said. “If it’s not there, he finds a way to get it out of the zone. (He’s) really sound defensively, knows where everyone is on the ice.”

“I think I was a little bit slow decision-making and moving the puck,” he said. “It wasn’t where it was before.”

“That’s why he’s good, because he’s knows it’s a blank canvas every day,” he said. “You got to keep getting better, got to keep reinventing yourself as a player.”

The next two games could be the final AHL appearances for Pysyk, who served as captain with Drew Bagnall injured. After some regular duty last season, the Sabres let Pysyk overcook in the minors this season and perfect his game. He should be an NHL mainstay next season.