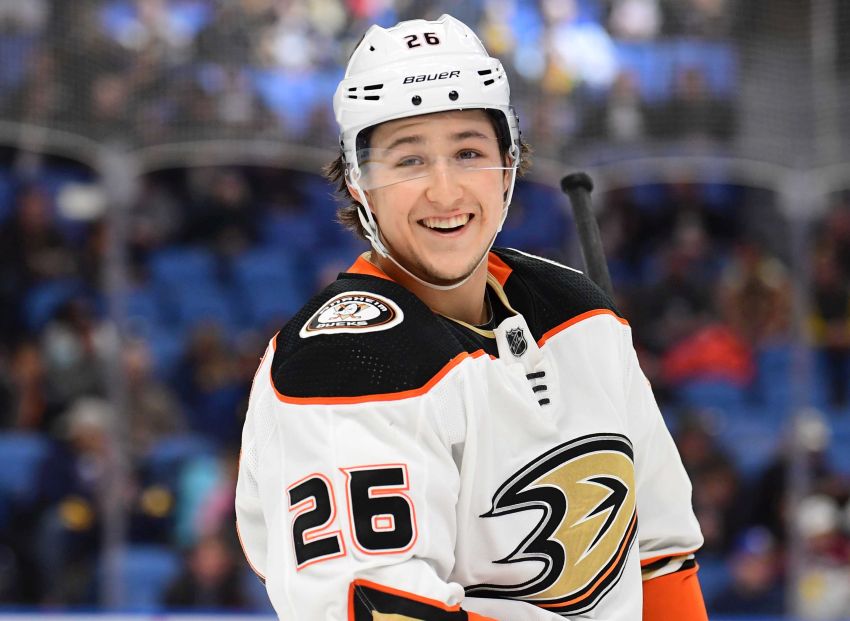 TORONTO – Buffalo Sabres newcomer Brandon Montour doesn’t turn 25 for another six weeks. Over his three NHL seasons, he has established himself as the rarest of commodities: a right-handed, puck-moving defenseman.

Still, the Anaheim Ducks, who have imploded this season, dished Montour to the Sabres on Sunday, a day before the NHL trade deadline.

Not surprisingly, Montour said getting dealt has put a chip on his shoulder.

“It’s one of those things where I want to prove them wrong,” Montour said prior to Monday’s 5-3 loss to the Maple Leafs. “I wanted to stay there for a long time. I guess this is home now.”

The Sabres paid a steep price for Montour, sending Anaheim a first-round pick in 2019 and defense prospect Brendan Guhle.

Montour flew from Vancouver to Toronto on Monday. He met his new teammates late in the afternoon and sat out the contest inside Scotiabank Arena.

Botterill did not want Montour to take a red eye across Canada and play later in the day.

“We’re trying to set him up for success,” Botterill told reporters in Buffalo.

While Montour wanted to stay in Anaheim, joining the Sabres has clearly energized him.

Montour said he grew up outside Windsor, Ontario, and moved to Brantford, about 90 miles from Buffalo, when he was in high school.

“It’s never a good thing to be traded … but you got to look at the positive, and Buffalo’s a team that wanted me and … I’m excited to be here,” Montour said. “It’s close to home, that’s a big thing.”

Montour’s playoff experience – he has played 21 games in three seasons – was a big thing to the Sabres, whose core group of youngsters have never sniffed the postseason.

“I’ve had some experience in the playoffs,” Montour said. “I know we’ve had some races coming down, trying to get in last year. Everybody should be pretty amped up. Hopefully I can bring a positive boost to the dressing room.”

Naturally, Montour, who is pegged as offensive defenseman, believes his game has evolved.

“A lot of people think I just have that offensive game, but over the years, I think my defensive game has really come a long way,” Montour said.

Montour has one season and a $3.25 million salary cap hit left on his contract.

In a paper move, the Sabres sent winger Tage Thompson to the Rochester Americans on Monday afternoon so he will be eligible for the AHL playoffs.

Thompson, 21, was “recalled” and played against the Leafs. He hasn’t appeared in the minors since last season.

The Sabres also sent winger Danny O’Regan back to the Amerks on Monday.

Update: The Sabres have recalled O’Regan.

Wilcox had been playing in Rochester on an AHL deal.

Pu, 20, was a notable piece of the Jeff Skinner trade with Carolina in August.

But Pu has struggled as an AHL rookie, compiling only one goal and six points in 44 games with the Charlotte Checkers this season. The forward even spent five games in the ECHL.

The Panthers assigned Pu to their AHL affiliate, the Springfield Thunderbirds.

Baptiste, 23, compiled 12 goals and 22 points in 55 AHL games with the Milwaukee Admirals this season.

The Leafs sent the winger to their AHL affiliate, the Marlies.