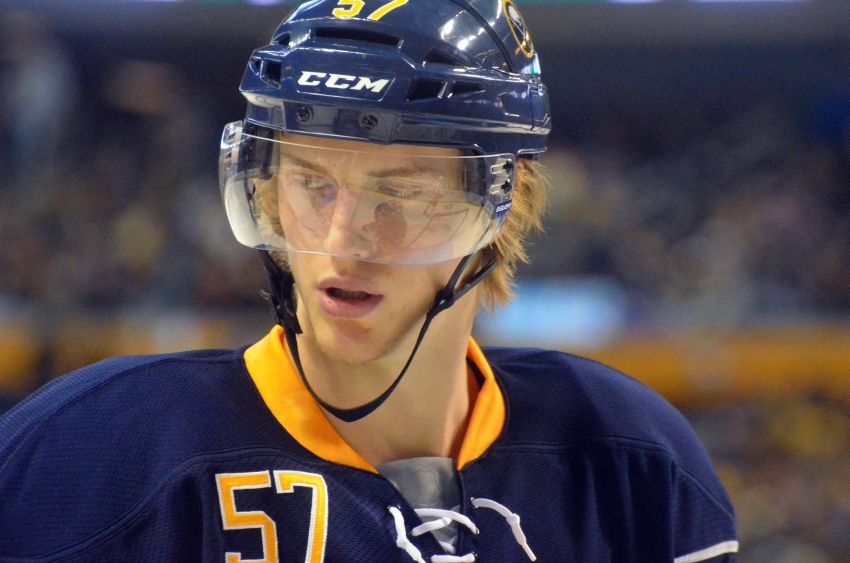 BUFFALO – Tyler Myers, an NHL-worst minus-9 this season, will sit his second straight game tonight, the struggling defenseman told the Times Herald.

With Regehr on injured reserve and the Sabres at the 23-man roster limit, the Sabres placed Matt Ellis, a healthy scratch recently, on waivers this afternoon, according to TSN.

“Numbers alone, he’s been our best defender,” Sabres coach Lindy Ruff said this morning. “When I break down the opportunities on the ice … he’s been one of the lowest. He’s been our most solid defender.”

The Russian’s been receiving minimal ice time recently, skating only 10:34 and 7:13 in his last two outings. Ruff, however, has upped his minutes late in games, awarding him some regular third-period action.

Grigorenko assisted on Alexander Sulzer’s third-period winner in Saturday’s 3-2 triumph over the Islanders in New York.

“There’s times he’s going to get good ice time, there’s times where if he’s going well he’ll get more ice time,” Ruff said. “Where you look at early in the game, the handling of the puck, he made some choices I’d like to improve. I didn’t like the way some of the players above him were playing, so I put him in a situation where he’d get more.

The Sabres destroyed the Bruins recently in Boston. Ruff knows the Northeast Division foe will be hungry.

“I think the storm might be coming in here tonight,” Ruff said.

NEW Update: Grigorenko will be a healthy scratch for the first time tonight. Cody McCormick, who sat Saturday, will replace him. Brennan will also sit.

One thought on “Sabres’ Myers still out as Regehr returns; Ellis on waivers”