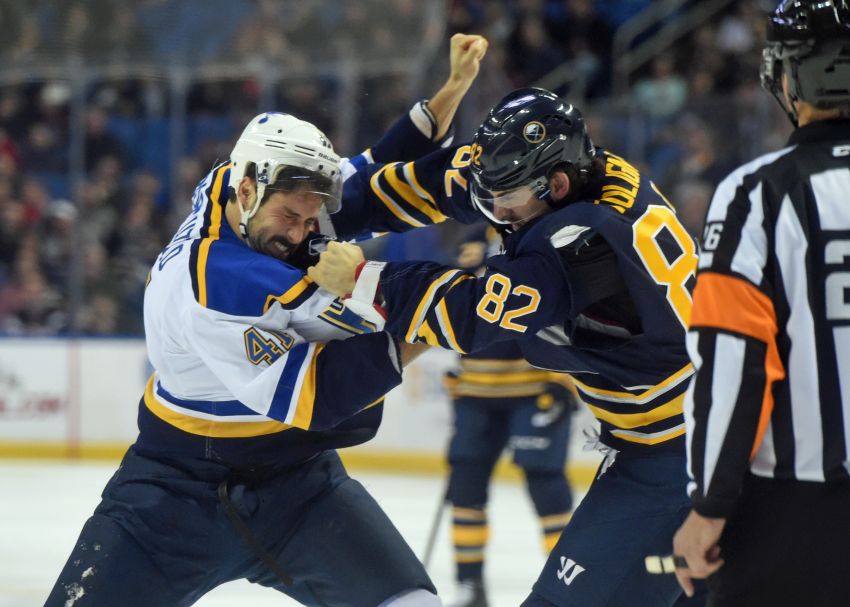 BUFFALO – In the last four games, Sabres winger Marcus Foligno has fought three times, as many scraps as the young veteran had in his previous 58 outings.

“There’s games where I feel like we haven’t played our best, so you need a spark … you might show a little bit of frustration out there,” Foligno said Wednesday inside KeyBank Center.

“It is him stepping up, recognizing the time and the place for our team,” Sabres coach Dan Bylsma said. “I think the one (in Brooklyn) was an answer back to a hard play on Jack the previous game, and one I think we all took note of. It was a good time to do it.”

The Sabres, who have nine fights as a team, host the Boston Bruins tonight.