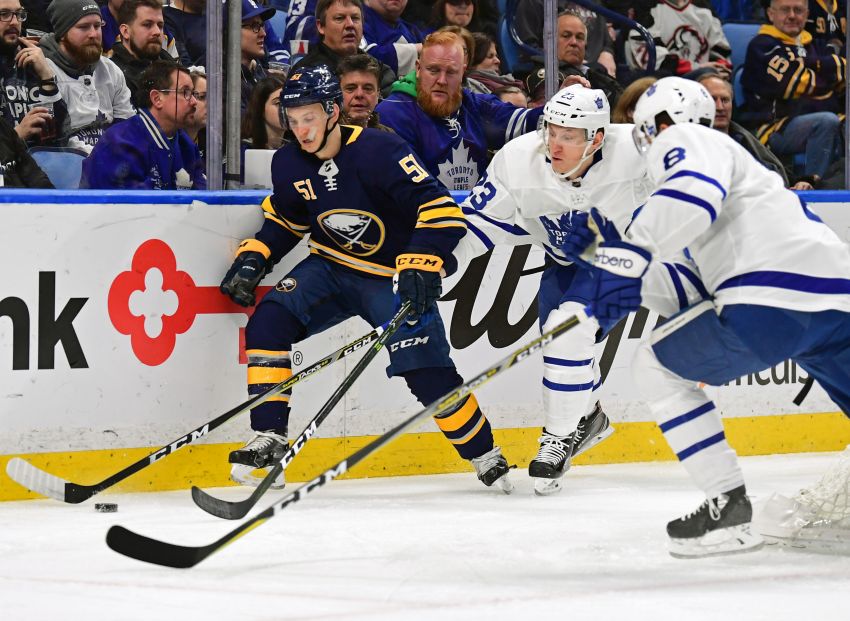 The injury, of course, is a blow to the entire organization. Criscuolo, who was recalled Sunday, is one of the Rochester Americans’ leading scorers with 15 goals and 34 points in 50 games. The Harvard product certainly would’ve been returned to the Amerks for the AHL playoffs next month.

Criscuolo, 25, left his ninth NHL game when Maple Leafs winger Matt Martin hit him with 13:40 left in the second period.

“In the little time that he did play in the game, I thought he played a really solid game and brought his speed,” Sabres coach Phil Housley said this afternoon inside KeyBank Center. “He’s one of those guys that goes to the tough area. He took that hit. It’s unfortunate for him, it’s unfortunate for us moving forward.”

The Sabres summoned Criscuolo because Evan Rodrigues’ upper-body injury left them with only three healthy centers. They might need to recall one before Wednesday’s home tilt against the Calgary Flames.

“You never want to see anyone get hurt,” Martin said Tuesday. “It’s not what you are trying to do out there. You want to be physical and have an impact. I don’t even know when I hit him, exactly. It’s a physical game and rivalry games like this are always a little more physical.”

In other news, Housley said goalie Chad Johnson will start against the Flames, his old team.