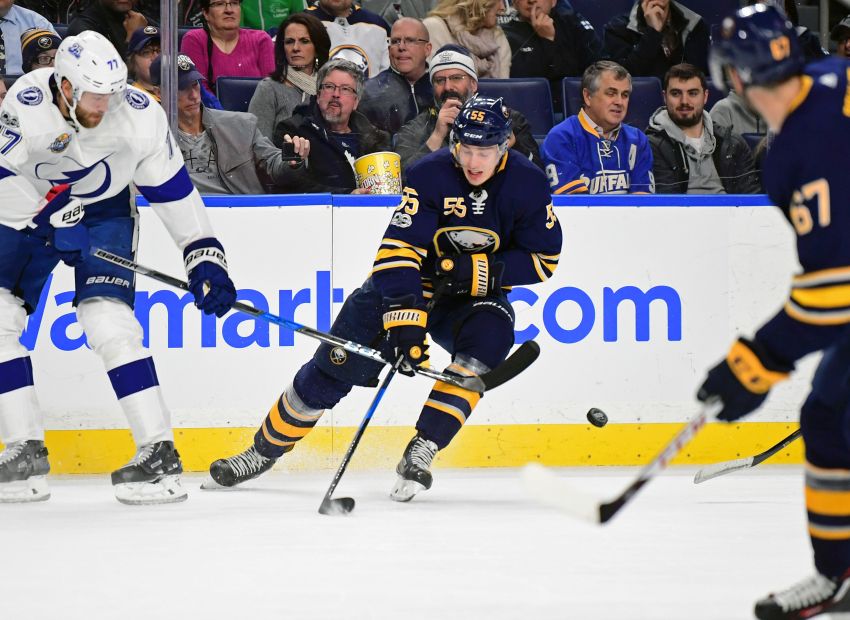 “It was funny,” Ristolainen, who fought Kadri early in the second period of Monday’s 5-3 win, said this morning inside KeyBank Center.

Ristolainen said he “just exchanged a couple words with him, that’s it.”

Actually, the Finn also exchanged some numbers with Kadri. The clip, which went viral, generated laughs because they were apparently arguing about the number of the remaining games the rivals have left.

When Ristolainen held up four fingers and said “four more times,” Kadri emphatically corrected him, telling him they only have three more meetings.

“I’m not going to tell you guys what we said, but probably you can read a little bit about what we were talking (about),” Ristolainen said. “It’s just two guys who play hard and (don’t) like each other.”

The Sabres play the Leafs three more times over the next 13 games.