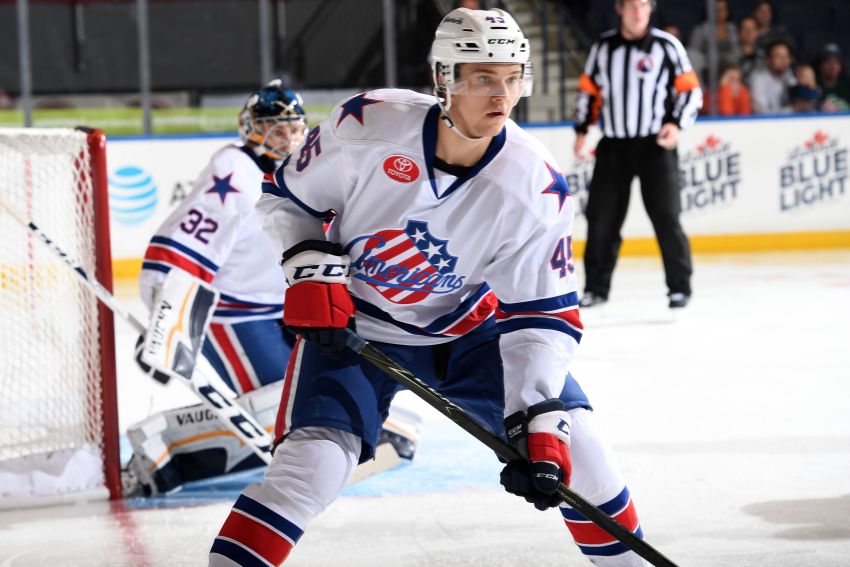 The Amerks have a 3 p.m. home tilt against the Laval Rocket.

So why did the Sabres summon two players? Coach Phil Housley said earlier today they didn’t plan to recall a forward.

Guhle, who played two games in January, could be up because defenseman Marco Scandella got knocked into the boards and left Friday’s 4-1 loss in Florida. Scandella, however, practiced today. The Sabres also have Josh Gorges as a spare.

The Sabres might want to give Guhle, 20, some action against the Toronto Maple Leafs, their top rival, Monday. The slick puck-moving rookie could certainly help the team’s weak blue line.

With Rodrigues out Friday, Zemgus Girgensons shifted to center Friday. The Latvian was back at left wing today, so winger Benoit Pouliot subbed at center.

The Sabres possibly don’t want Pouliot to pivot a line.

Guhle has compiled eight goals and 24 points in 47 games with the Amerks. Meanwhile, Criscuolo, 25, has scored 15 goals and 34 points in 50 AHL contests.