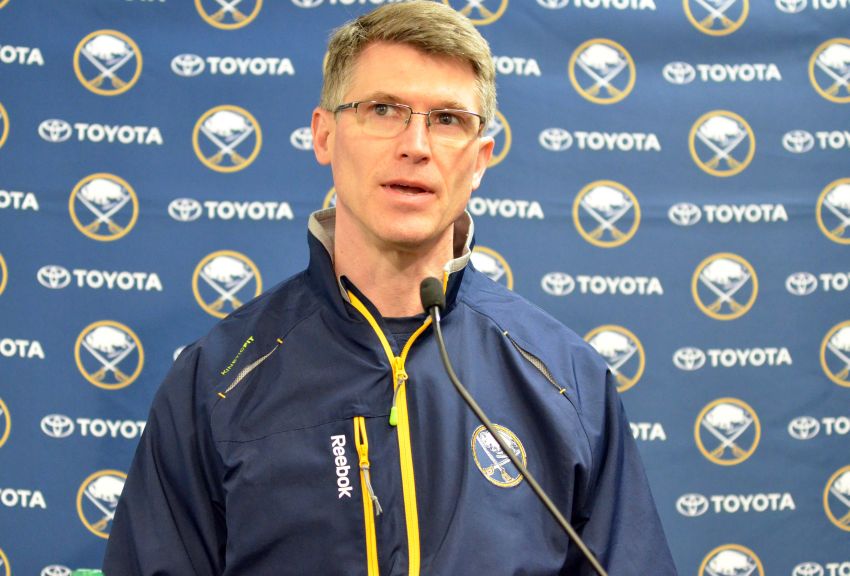 But as the campaign progressed, Regier noticed Rolston’s motivating and teaching talents. That the Sabres finished 12th in the Eastern Conference and missed the playoffs didn’t matter.

“It became more and more evident that he was a very good fit, not only for the present, but for the future,” Regier said this morning inside the First Niagara Center in announcing Rolston’s hire.

Rolston, the 16th coach in franchise history, is 15-11-5 during his short tenure. He signed a multi-year contract when the Sabres brought him up from Rochester to replace Lindy Ruff, Regier said.

Hiring Rolston now allows the Sabres to “hit the ground running now” and begin what will surely be a busy offseason.

“In life, I think the big thing is that struggling isn’t an option, I think it’s a requirement,” Rolston said. “From where we’re at patience is an extremely hard thing for our society in general, especially with the fans in Buffalo, what kind of team they want to have. But there will have to be a process to do that, so the patience is in the process of how we have to go about that.”

Rolston said he would’ve gone back to the AHL Americans, who he began coaching in 2011-12, if the Sabres didn’t hire him.