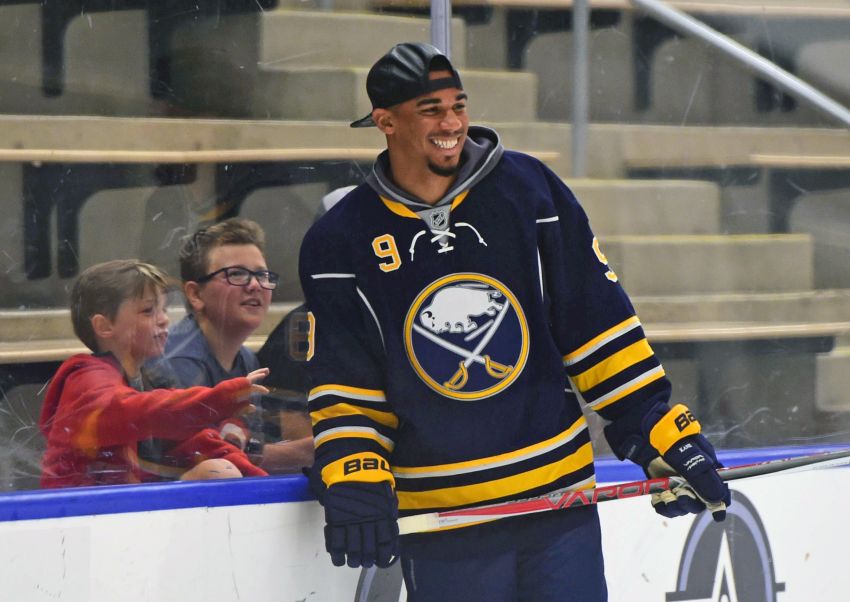 BUFFALO – Even if Evander Kane is cleared of the harassment complaints recently filed against him, Sabres general manager Tim Murray believes the winger needs to change his behavior.

Kane, 24, has been involved in two off-ice legal incidents since December.

Two women filed a complaint against Kane following an alleged altercation at a Buffalo bar June 24, the same day the Sabres hosted the NHL Draft.

“Certainly we don’t like this is twice now he’s been in incidents like this,” Murray said Friday inside the First Niagara Center. “It’s not good for the organization, it’s not good for him. He’s going to have to pick and choose his spots when he goes out a lot better than he does, and he’s going to have to behave himself a lot better than he has, obviously.”

No charges have been filed against Kane. His attorney, Paul Cambria, has said Kane did nothing wrong, according to the AP.