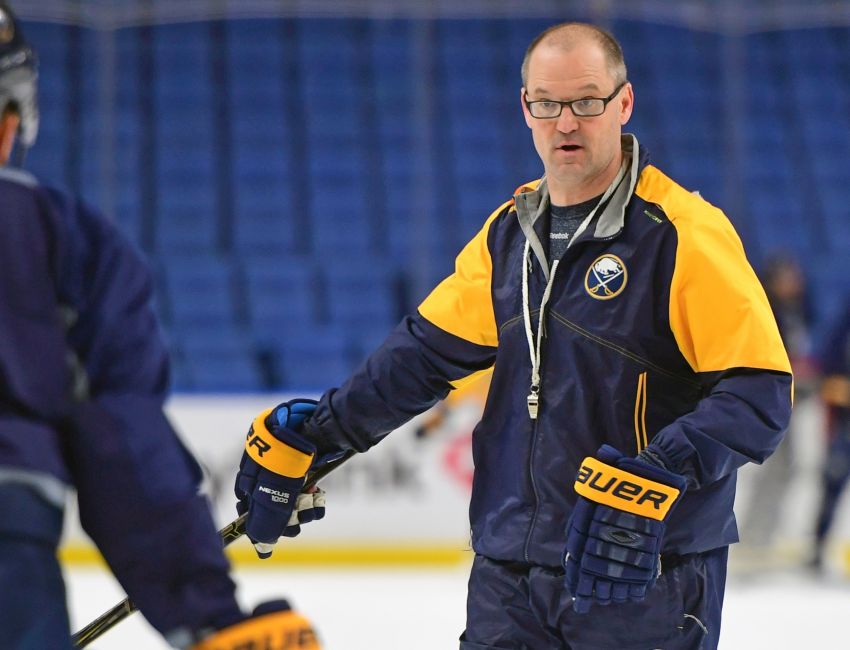 BUFFALO – Despite a loss in their final outing before last week’s bye, the Sabres entered the short break playing perhaps their best hockey all season. For the first time in years, the playoffs, while still a long shot, felt like a possibility.

Then the schedule resumed with road games against Colorado and Arizona, the NHL’s two worst teams.

“We go out west and we just can’t play, and that’s to me squarely on the players,” Sabres general manager Tim Murray said Wednesday inside KeyBank Center.

Saturday’s brutal 5-3 defeat to the Avalanche and Sunday’s season-killing 3-2 loss to the Coyotes, a game in which the Sabres blew a 2-0 third-period lead, kicked them down the standings.

“We were mentally not there and I would say we were physically not there. We’re usually a somewhat physical team. We do have a physical element on our team. That didn’t come out in those two games.”

Murray called the collapse against the Coyotes, tonight’s opponent, “a complete mental breakdown.”

“It’s certainly not acceptable,” he said.

The wretched stretch continued with Tuesday’s 5-4 overtime loss to Nashville, a game in which the Sabres blew two two-goal leads and wilted again late.

Sabres coach Dan Bylsma has endured criticism all season, and perhaps Murray’s comments were designed to lessen some of the pressure.

“We should all take our fair share of the blame,” Murray said. “If the blames on me, it’s on me. I know that. I think the players have to take responsibility for that, too.”

He added: “The last three, four games are unacceptable. We still have games to play. We still have to show this market that we’re improving and we want to be a good hockey club.”

Sabres winger Evander Kane, who has a team-leading 22 goals, practiced beside center Zemgus Girgensons and Sam Reinhart on Wednesday.

Kane scored a chunk of his goals on the third line before recently getting moved beside center Jack Eichel.

Bylsma said the bone bruise that has sidelined rookie winger William Carrier 13 games has worsened. Carrier is staying off the leg and not putting weight on it.