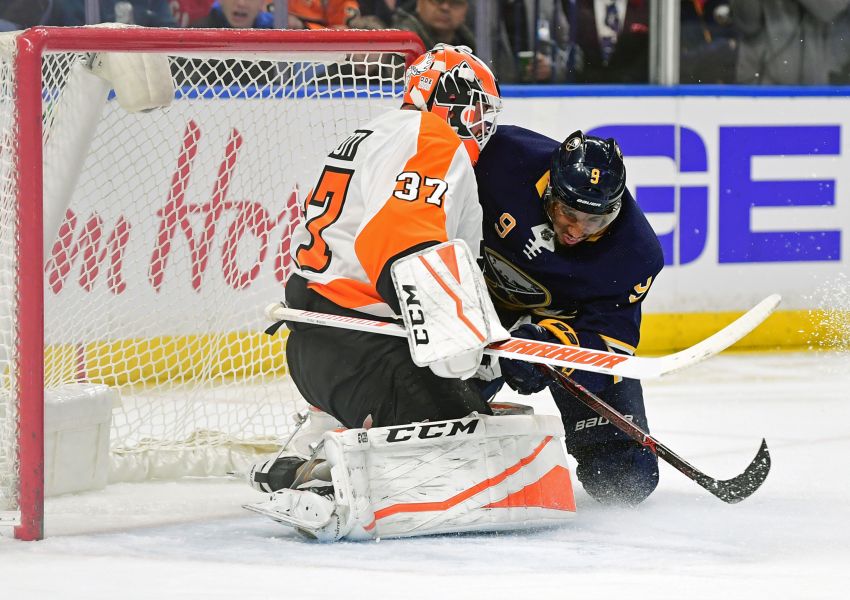 BUFFALO – Right now, with only two goals in his last 11 outings, Sabres winger Evander Kane is enduring his worst offensive stretch this season.

Of course, Kane is still enjoying a strong campaign. The nine-year veteran has compiled 16 goals and 35 points through 42 games entering tonight’s tilt against the Winnipeg Jets, a 31-goal, 68-point pace over 82 contests.

“If you look at my last 10 games, I’ve had some grade A scoring opportunities,” Kane said this morning inside KeyBank Center. “I just haven’t finished. That unfortunately happens throughout the course of a season.”

Sabres coach Phil Housley believes Kane, who has averaged 3.5 shots a game over the last 11, has kept generating chances.

“The Winter Classic (on New Year’s Day), he had some glorious opportunities,” Housley said. “It’s not so much he’s not getting the opportunities. Early on, I think he was finishing better, and sometimes that happens.”

The Sabres will make one lineup change, inserting rookie defenseman Brendan Guhle for veteran Josh Gorges. Defenseman Justin Falk and winger Benoit Pouliot will be the other healthy scratches.

In other news, Sabres defenseman Victor Antipin, out the last two weeks battling the flu, skated with his teammates this morning. Antipin looked noticeably thinner.