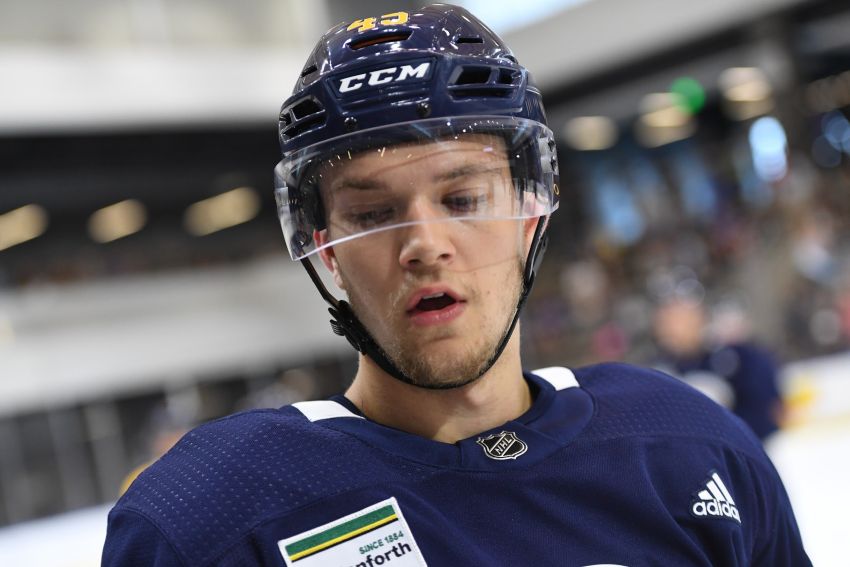 With defenseman Nathan Beaulieu day-to-day with an upper-body injury, according to Housley, the Sabres recalled Guhle, 21, from the Rochester Americans this afternoon.

Hunwick, meanwhile, just completed an AHL conditioning stint after suffering a neck injury training during the offseason. The veteran hasn’t played an NHL game since April 1 with the Pittsburgh Penguins.

Guhle played the last two nights but was yanked out Saturday’s 2-1 road win against the Cleveland Monsters.

In his second pro season, the prospect has compiled three goals, 13 points and minus-4 rating in 25 games with the Amerks.

“Last year, he was really attacking the game and using his speed,” Housley said of Guhle. “I think he got a little bit away from that. It’s more or less trying to find his identity as a player. I think he’s found that in the last 10 games.”