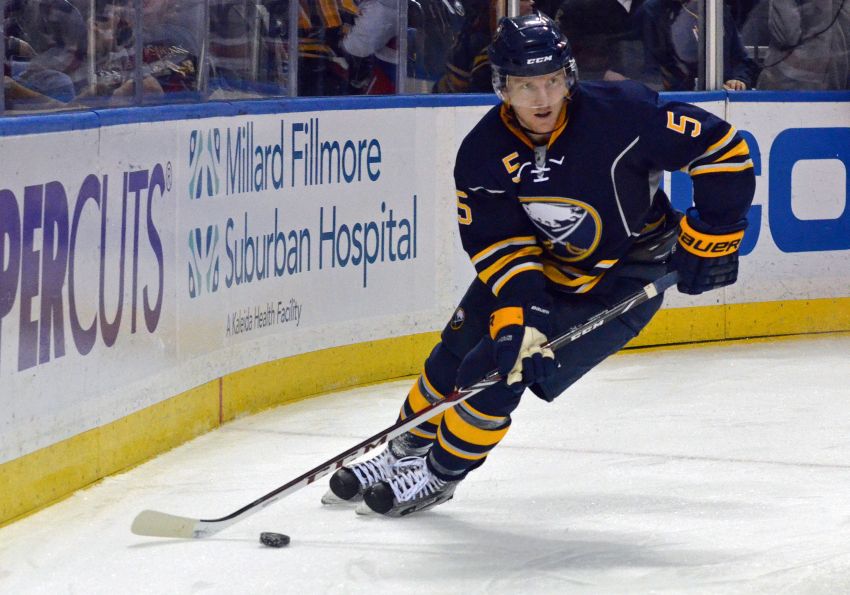 BUFFALO – While a seven-game, late-season introduction to the NHL was nice, Sabres defenseman Chad Ruhwedel knew he still had plenty to learn about professional hockey.

So a preseason assignment to Rochester hardly surprised the 23-year-old.

“I came in not expecting it, but ready for it,” Ruhwedel, who joined the Sabres straight from the NCAA in April, said Monday in Pittsburgh. “It was my first year pro. I’m not the guy who thinks he’s ready for the NHL out of college. So I knew I was going to have to develop, grow and grind away in the AHL for a while.”

Ruhwedel played well with the Americans, compiling four goals and 17 points in 34 AHL games. He earned his second recall this season Friday. He didn’t play during a brief three-game stay in December.

He impressed interim Sabres coach Ted Nolan in Saturday’s 5-2 win in Columbus, skating 16:09. Ruhwedel then played a career-high 20:12 in Monday’s 3-0 loss in Pittsburgh.

“He’s getting better and better,” Nolan said Tuesday prior to the Sabres’ 5-4 overtime loss to the Washington Capitals inside the First Niagara Center.

Nolan has been skating Ruhwedel beside Christian Ehrhoff, a plum assignment for the San Diego native.

“The one thing about Chad, he can skate,” Nolan said. “I think the first part he was similar to Phil (Varone) the game before. I think he was a little bit nervous in the beginning. I think once he got his legs underneath him he was pretty effective for us.”

Ehrhoff added: “He plays a really solid game. He’s reliable positionally and in his own end. He makes a good first pass.”

How has Ruhwedel, who played three years at UMass Lowell, adapted to the pro game?

“It’s just a different lifestyle,” he said. “It’s a lot more games. It’s about managing your energy and taking care of your body and stuff like that. College is a grind. But this is ever more so. I think that’s probably the biggest thing I’ve learned so far.

“The hockey side of it, it’s a different style. It’s not as run-and-gun as college was. It’s more controlled. When it’s time to make a pass or make a play, you got to make it.”

McBain hadn’t been scratched since Nov. 30.

Instead of a red non-contact jersey, Cody McCormick wore a regular gold one with his Sabres teammates Tuesday morning.

So, is the forward ready to return from the hand injury that has sidelined him the past 19 games?

“I just had it on,” said McCormick, who was rehabbing earlier in the morning. “I didn’t feel like changing.”