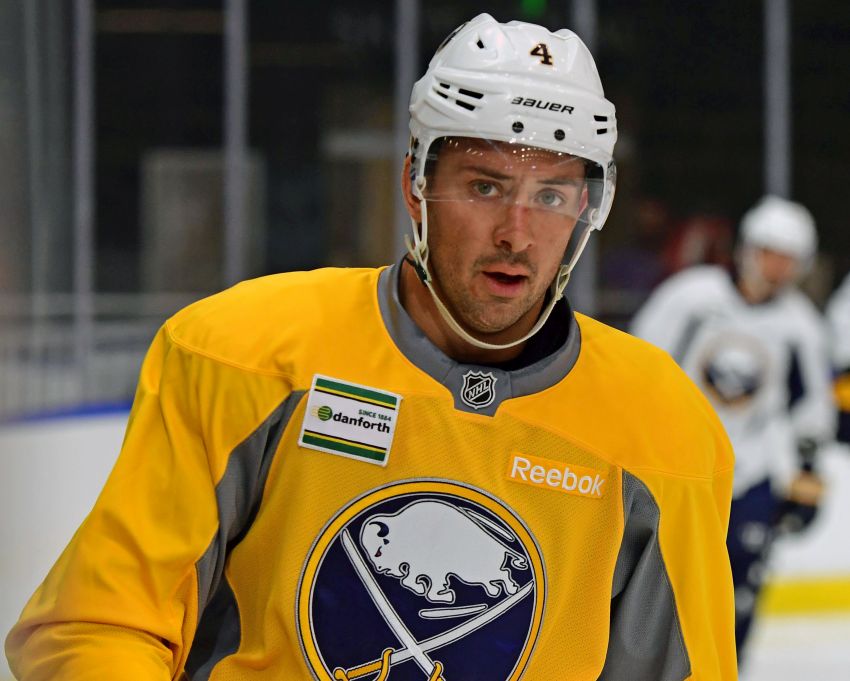 BUFFALO – To locate the Sabres’ current standing, look in a familiar place. Find the Atlantic Division and scan down, all the way to the bottom. There, in eighth place, you’ll spot the 1-2-2 club.

The Sabres are one of four NHL teams with just a single win and four points. Only one team, the Arizona Coyotes, has fewer points.

Yes, it’s early. The Sabres have 77 games left, starting with tonight’s home tilt against the Minnesota Wild. Still, the top three teams in the division – Montreal, Tampa Bay and Detroit – have already reached double-digits points, albeit with the benefit of an extra game or two.

With so much parity around the league, climbing into a playoff spot after a slow start can be arduous.

“We need to pick up some wins,” Sabres winger Marcus Foligno said Wednesday following practice inside KeyBank Center.  “You don’t want teams to get into the 20-point mark while you’re still looking for the 10th point. You don’t want that much separation to happen, especially in the first weeks.”

The Sabres are recovering from a brutal early-season loss, Tuesday’s 4-3 shootout setback in Philadelphia, a game in which they imploded late, blowing a 3-0 third-period lead.

“You don’t want to have anything that snowball early and gets worse,” Foligno said. “I think the way we respond against Minnesota is going to be the showing of the character on this team.”

How rare is it for the Sabres to blow a three-goal, third-period lead? They hadn’t dropped a game like that since March 15, 2004, according to local stat researcher Mike Haim. The Sabres lost 6-5 in overtime to Toronto after starting the third period up 5-2.

The Sabres completely melted down Tuesday, allowing three power-play goals. They had a 3-1 lead before the Flyers scored with 2:56 left and again 65 seconds later.

“At no point in the season can you give points away, because it’s hard to get them back, it’s hard to make climbs through the standings,” Sabres defenseman Josh Gorges said.

The Sabres, losers of three straight games, also lost 4-3 in overtime last Tuesday in Calgary after blowing a 3-2 third-period lead.

The loss seemed to be gnawing at Bylsma on Wednesday. Bylsma, normally a lively presence, was more subdued than usual. He believes his team “can’t forget” about the game.

Sabres center Ryan O’Reilly said: “We want to be a team that competes every night and is maturing and growing toward something. The way we’re playing is not that. We have a lot of maturing to do and do it quick.”

So what happened Tuesday? How did the game tilt so dramatically?

“We’re playing a no-nonsense type of hockey, simple hockey, trying to put the opposition in position to make mistakes and force them into tough situations and capitalize on opportunities,” Gorges said. “The problem is, we get away from that, we start to think we’re a team that’s going to be a little bit fancy, and that’s when we start to get ourselves in trouble, make mistakes.”

“You look at those last games, we’ve given it to them,” he said. “It’s not like they’ve been doing anything miraculous. We’re giving them the puck. … We’re making it easy on them.”

On the bright side, other than a 4-1 opening-night loss to Montreal, the Sabres’ only home game this season, they have three one-goal losses.

They’re close. They also throttled Edmonton 6-2 on Oct. 16, the Oilers’ only loss this season. With three games in the next four days, they have a chance to make up some ground.

“We’ve shown times and signs of what we’re capable of and what we can do, and it’s a matter of us as a group, collectively, putting it together consistently,” Gorges said. “We’re not going to push the panic button and start freaking out and who we are and what our identity is. We just have to stick to it.”