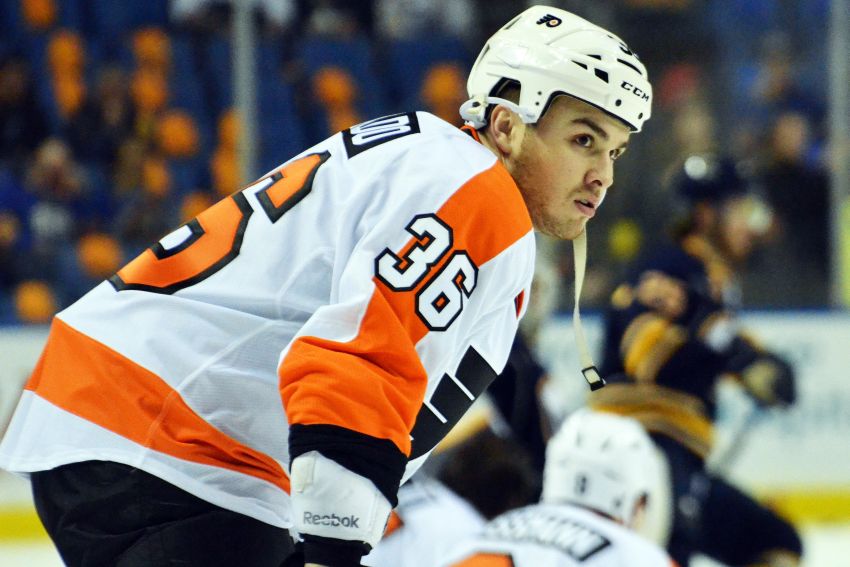 Ruhwedel suffered a concussion and is out indefinitely.

In suspending Rinaldo for the second time in his 165-game career, NHL disciplinarian Brendan Shanahan said the winger took a poor angle of approach and didn’t make full-body contact with Ruhwedel, who had just shot the puck.

“Instead, he launches into Ruhwedel with force, picking his head and making it the main point of contact,” Shanahan said in a video explaining the illegal check to the head.

Earlier today, Sabres coach Ted Nolan said hits like Rinaldo’s have no place in the game.

“You’re not just talking about knocking a player out for weeks or maybe six months; you’re talking about maybe altering his lifestyle,” he said.

Rinaldo has also been fined twice in his career.

Update: In audio released by the Flyers, Rinaldo said the hit “slipped away from me” and laid some blame on Ruhwedel, who was bent over a bit.

“Just some bad timing and a little vulnerability on his side of the puck, too,” he said. “So my bad and his bad at the same time.”