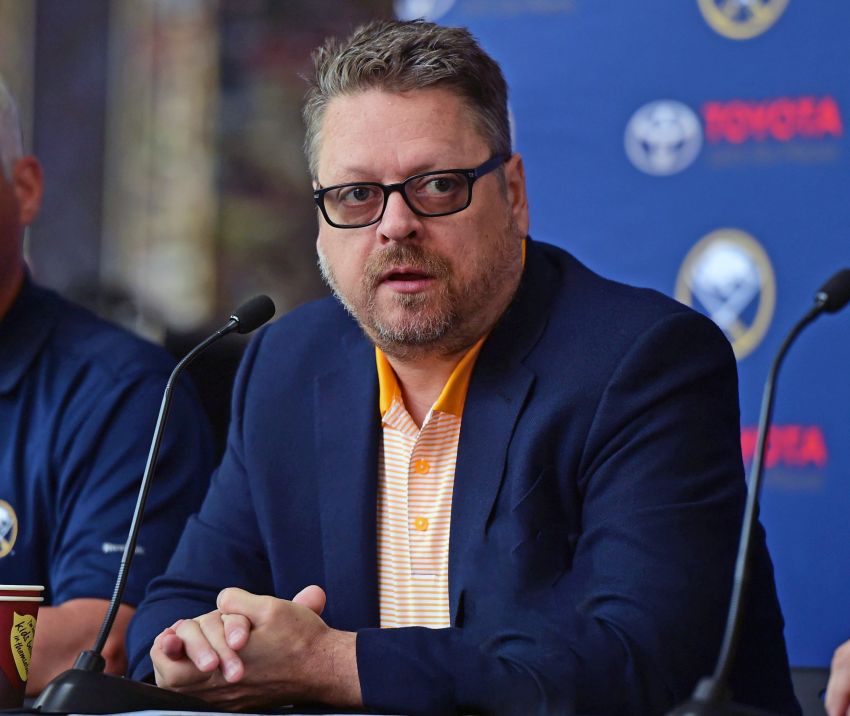 Eichel, of course, is one of the NHL’s supreme young talents, and, months before his 20th birthday, already a terrific ambassador for the Sabres and the city.

“We might potentially use Jack as a tool,” Murray said Tuesday, less than a day after acquiring Vesey’s rights from the Nashville Predators. “I guess I would be a tool not to.”

Murray said he hasn’t talked to Eichel about Vesey this summer. Spring just ended, so perhaps they chatted recently. Whatever the case, you can bet they’ll be having a conversation soon. The Sabres own Vesey’s rights until Aug. 15. They can’t sign him until July 1.

To Murray, trading one of the Sabres’ four third-rounders in this weekend’s NHL Draft, which the team is hosting, is “not a bold move to me.”

“It’s a gamble,” he said during a pre-draft news conference inside the First Niagara Center.

“To me, he’s got top-six potential,” Murray said. “If we do get him signed, we’re not going to tell you he’s in our top six, but that’s his potential, that’s his pro rating for us. He’s a complete forward. He’s big and strong. He can shoot the puck but he can also make plays. He’s got a great hockey IQ.”

Vesey, 23, compiled 80 goals and 144 points in 128 NCAA games. Following a 24-goal, 46-point senior season in which Vesey was named college hockey’s top player, he stayed in school instead of joining Nashville for its playoff run.

By simply acquiring Vesey’s rights, Murray, who was wheeling and dealing at this time a year ago, has already created excitement two days before the Sabres host the draft.

The buzz around the Sabres will only grow as the weekend approaches.

Drafting players in your own building, especially the first selection, is a memorable experience for a team and its fan base. The Sabres have 11 picks, including the No. 8 selection. Murray and his staff have narrowed that choice down to three players.

Based on Murray’s words Tuesday, he plans to keep his first pick unless a team offers what he covets most.

“If somebody offers us a top-end, young, left-shot D and they demand our eighth overall pick and we feel that it makes us better, we’ll make the trade,” he said. “I think our fans would be short-term disappointed because we didn’t make a pick. If we did that, we’d try to move into the first round somehow.”

Moving up, Murray said, will be difficult.

Murray will almost certainly make other deals, whether it’s in the coming days or weeks. Team rarely draft 11 players. While getting a left-handed defenseman is the Sabres’ top need, they certainly have plenty of holes to fill.

Given none of the players the Sabres draft will likely be NHL-ready, they need to find free agents and make trades. A deal for one star – Tampa Bay Lightning sniper Steven Stamkos is set to become arguably the most coveted free agent ever – hasn’t been discussed, Murray insisted. Rumors are swirling the Sabres plan to pursue to former 60-goal scorer

“We have not even discussed an offer, so I don’t know where the rumors are coming from,” he said. “I think everybody knows that whoever does go after him is going to be spending a lot of