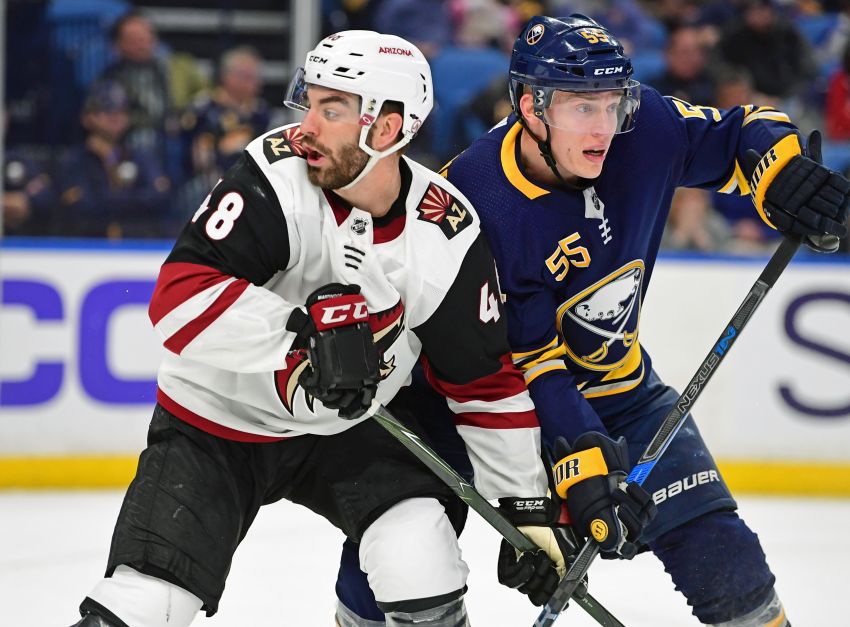 The Sabres finish a stretch of three games in four nights Friday against the New York Islanders in Oshawa, Ontario.

“We got a lot of games this week, so we’re erring on the side of caution,” Housley said.

Housley said Wednesday that Sheary, out since suffering an upper-body injury the first day of training camp, could practice today.

In other injury news, defenseman Matt Hunwick, who’s week-to-week with a neck injury, is “making strides,” Housley said. Hunwick’s equipment is hanging in his locker. He hasn’t practiced yet this camp.

Fedun and Wedgewood must clear waivers.