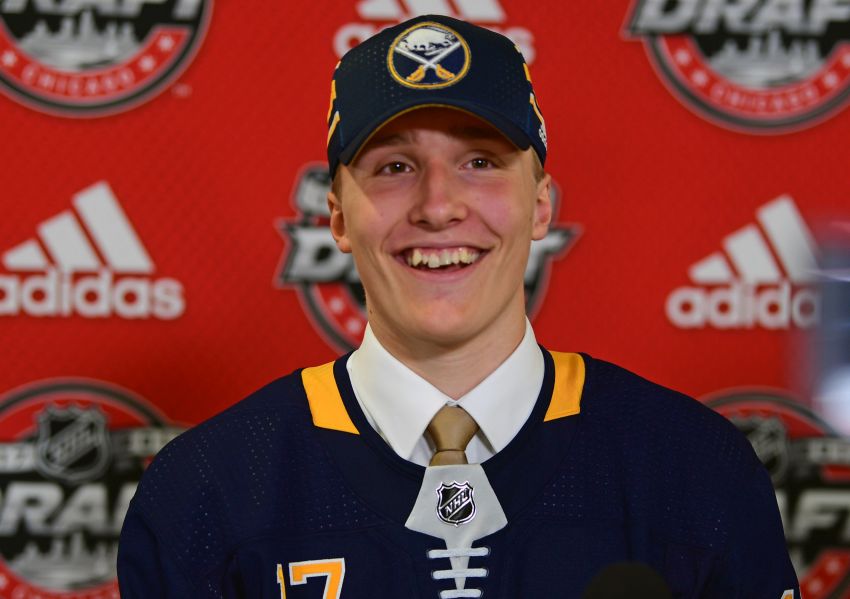 So in the second round this morning, 54th overall, the Sabres selected Luukkonen at the NHL Draft.

The 6-foot-4, 196-pound Luukkonen had a feeling the Sabres would draft him after he met with them at the NHL Scouting Combine in Buffalo.

Luukkonen said he eventually developed into a goalie with a butterfly style who likes to stand up.