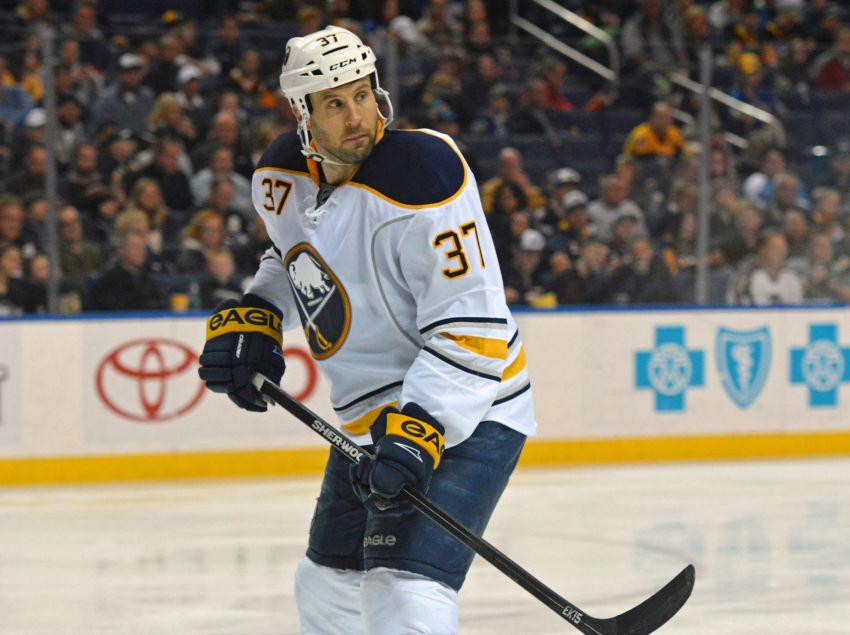 At times, Ellis, 35, said he felt like a spare part with the Rochester Americans, a victim of age and a changing game. AHL veteran rules often forced him to sit out as a healthy scratch. The adversity, he believes, tested his character and how badly he wanted to keep playing.

“There were days if you would’ve asked me I would’ve said, ‘You know what? This is it. I’m done,’” Ellis said. “There are other days I would’ve told you, ‘I love the game. I want to continue grinding it out.’”

Ellis said the difficult season forced him out of his comfort zone and made him start thinking differently.

The same qualities that helped the undrafted Ellis play parts of nine seasons in the NHL should make him a strong coach. He was always an accountable presence and his team’s hardest worker.

Ellis started his career on a three-way contract in the ECHL in Detroit’s organization. The Red Wings thought he would become a good AHL player.

Instead, Ellis played 356 NHL games, including 286 with the Sabres.

Over a warm drink Thursday morning, the affable Ellis, who joined the Sabres on waivers days before the 2008-09 season, reflected on his playing career – “An incredible ride,” he said – and his future.

“It’s been a fantastic (eight) years of being in a great place, being in one place,” Ellis said of the Sabres. “In the hockey world today, it’s a rarity, especially for a player like myself, to be able to hang around one organization.”

When Ellis examined last season, he said he realized what had mattered to him most wasn’t scoring or even winning and losing.

“The things I still felt really, really passionate about was the influence and the helping hand that I had in the development of younger players,” he said.

Ellis took immense pride in helping youngsters like Justin Bailey, Evan Rodrigues and Tim Schaller graduate to the NHL. As Ellis’ on-ice influence waned – he only played 58 times last season, often as a fourth-liner – he remained vital as a mentor to Buffalo’s prospects.

“That’s where I still felt my value was the highest, and that’s the part of it that I enjoyed the most,” Ellis said.

Still, Ellis said he explored playing one final season with Buffalo’s affiliate as “a nice way to go.”

“Point blank, I asked the Sabres, ‘Is there a chance for me to come back?’” he said. “Because in April I thought maybe I will do this for another year. My body physically still feels great.”

The Sabres eventually told Ellis he should look elsewhere if wanted to keep playing.

“I kind of took that and read the writing on the wall,” he said.

So Ellis said he did some soul-searching. He had been intrigued by what Kevyn Adams, a 2006 Stanley Cup winner, was doing at the Academy of Hockey, which Sabres owners Terry and Kim Pegula started to develop young local talent.

“I think I’m the type of person that believes everything happens for a reason,” Ellis said. “I think the way that last year unfolded kind of forced me to take a deeper look at where I wanted to go in the future and where I still wanted to go in the game of hockey.”

When an opportunity materialized to work on Adams’ staff, Ellis jumped at the chance to influence the next generation of hockey players. He considers Adams, also a former Sabres assistant coach, a mentor.

Ellis started three weeks ago. He works in player development, doing a little bit of everything.

“As a player, you just played,” Ellis said. “Now I’m getting multiple angles of it. I’m coaching. I’m watching film. I’m having discussions. … I’m kind of a jack of all trades right now. I’m even learning a little bit of the business side.”

Former Sabres captain Michael Peca recently told Ellis he needed to find his new passion right away in his post-playing career. Ellis, of course, is grateful he could transition seamlessly.

“I believe my 14 years as a professional player prepared me for big things coming out,” he said.