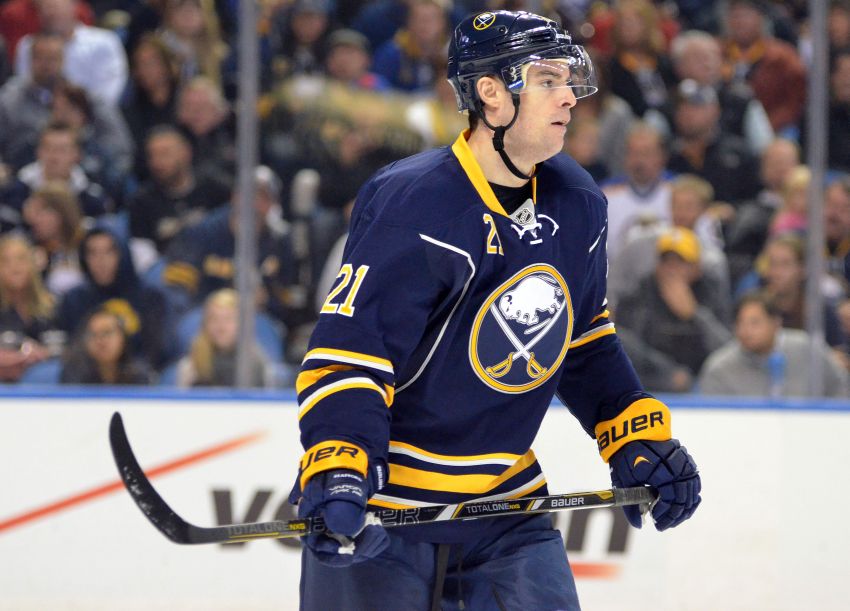 BUFFALO – Drew Stafford remembers last year’s NHL trade deadline well. The Sabres winger stayed by his phone all day, stressed out. By 4 p.m., as rumors circulated he was on the move, it started “blowing up.”

“I think that was one of my first experiences with the power of social media and how one little thing can turn into another thing as far as rumors and speculation go,” Stafford said Thursday inside the First Niagara Center. “So until it actually happens you never know.”

“It was pretty tough,” Stafford said Sunday. “Millsie was one of the last guys that was a connection to my beginnings.”

Could Stafford, an eight-year veteran, be the next familiar face to leave? He’s been one of the few bright spots in the Sabres’ worst campaign ever.

With just a $4 million cap hit and salary and a full season left on his four-year contract, Stafford might be an attractive option for a contender before Wednesday’s 3 p.m. deadline.

Before the blockbuster Miller-Steve Ott deal and Saturday’s stunning resignation by president of hockey operations Pat LaFontaine, Stafford said he wanted to stay with the rebuilding club.

“Of course I do,” he said. “I mean, I got a year left on my contract. I signed a contract to play. It’s one of those things where I’m just focusing on doing the best I can to help this team win. Any other choices that happen I’ll let management decide that.

“But in the meantime, I’ve been here my whole career. I love it here. That’s pretty much where my head’s at.”

Stafford understands the grass might not be greener somewhere else. He’s been skating 20 minutes most nights under Nolan, ice time the coach awarded him out of respect. He just compiled six goals and 11 points during an eight-game stretch.

“That year I was scoring in bunches,” he said. “I still didn’t necessarily have a consistent role. I was up and I was down. I was kind of all over the map and there wasn’t necessarily a lot of communication.”

On Thursday, Stafford attributed much of his success to LaFontaine and Nolan, whose future is in doubt with the man who hired him gone.

“I think this is the most consistent I’ve felt in a long time,” he said. “A lot of that just has to do with my state of mind and how I’ve been treated by Ted and Pat when they came in.

“It makes a big difference helping a player … get that clarity in order to use the skills that got them here and put them in a position to succeed. I felt as though they’ve given me that opportunity but I’ve also earned it. … I’ve definitely felt pretty good about my game. I definitely feel as though the glass is half full.”

On Sunday, Stafford said it was “weird” talking about LaFontaine’s tenure, which lasted less than four months, “as a thing of the past.”

“In the short time that I’ve known Pat, he’s done a lot for me, on and off the ice as far as just putting things in a new perspective, treating me with some respect right off the bat,” he said. “It was a good experience playing under him.”