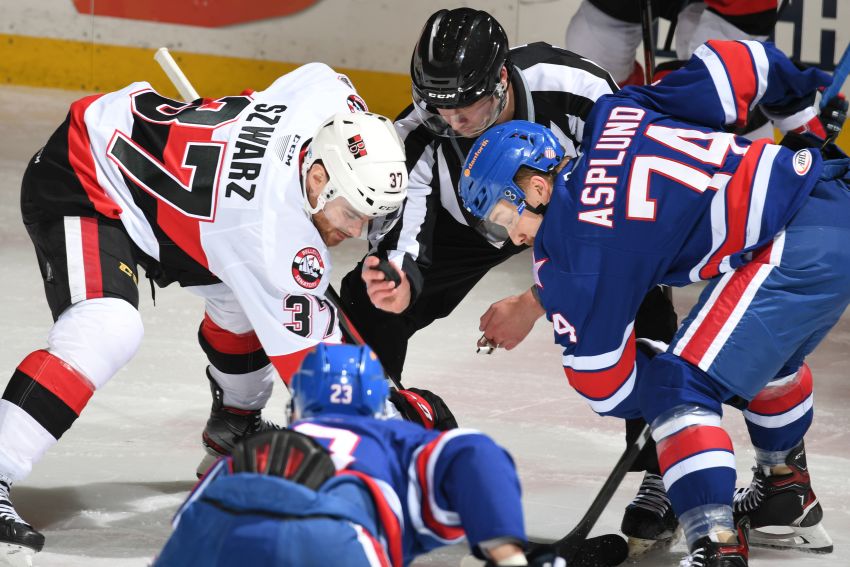 The COVID-19 pandemic has forced the American Hockey League to cancel the remainder of its 2019-20 season.

“After a lengthy review process, the American Hockey League has determined that the resumption and completion of the 2019-20 season is not feasible in light of current conditions,” AHL president Dave Andrews said in a statement released this morning. “The League’s operational focus has turned toward actively preparing for the 2020-21 season. We are very grateful to the National Hockey League and its teams for their support and leadership in navigating through the challenges faced over the past two months.

The AHL’s board of governors voted Friday to end the season.

The league suspended play March 12, the same day the NHL paused its campaign as the coronavirus began spreading throughout North America.

The Rochester Americans, the Buffalo Sabres’ affiliate, finished second in the North Division, compiling a 33-20–5-4 record. They played their final game March 11, a 5-2 home loss to the Binghamton Devils.

The cancellation, of course, means the Amerks must wait at least another year to try to win their first playoff series since 2005. Sabres prospects, meanwhile, have lost valuable opportunities to play critical late-season games and postseason contests.

When the Sabres sent center Casey Mittelstadt to the Amerks in December, they likely envisioned him playing meaningful games in the spring.