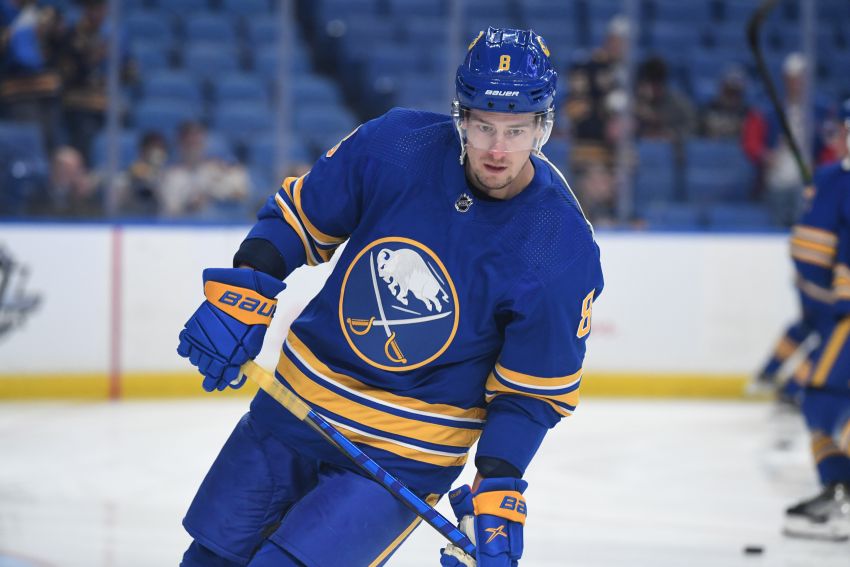 BUFFALO – As the Sabres extended their lead in Thursday’s season opener and began throttling the Montreal Canadiens, the 8,000 or so fans watching grew louder and more excited, demanding more goals, singing the “Shout Song” and doing the wave.

On the bench, a couple of Sabres told newcomer Robert Hagg it had been a long time since the crowd inside KeyBank Center was so amped up.

“(They said), ‘Jesus, I haven’t been seeing this for a long time,’” Hagg said Friday. “And guys were just laughing about it and having fun with it. I was actually sitting on the bench in the third period, having goosebumps when they start singing and clapping and all that, so it was a lot of fun. And I didn’t know it was 8,000. But it seemed like a lot more.”

Last season, of course, the Sabres only let in a limited numbers of fans for a few home games because of the COVID-19 pandemic. But in recent years, Sabres fans, beaten down by all the losing they’ve experienced, have made little noise.

Hagg, an offseason acquisition from the Philadelphia Flyers, fed off the energy Thursday, blocking six shots.

“The whole game got so much easier because we had the fans with us and they started cheering and you didn’t think that we would tire,” the defenseman said. “Like even (on the) PK, you’re blocking a shot and guys start cheering. You don’t feel the tiredness, you’re just getting the adrenaline pumping even more. So it’s a huge help.”