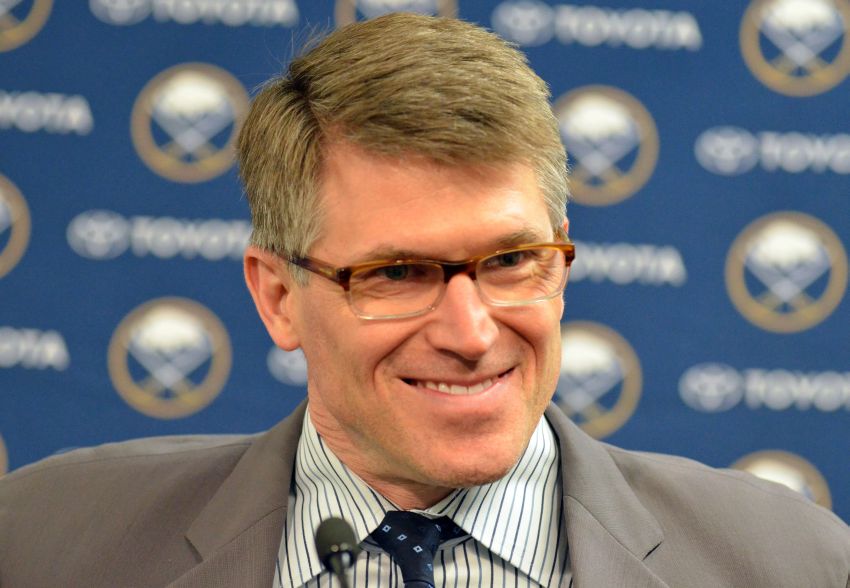 We haven’t heard much from former coach Ron Rolston since the Buffalo Sabres fired him Nov. 13 amid one of the worst starts in NHL history.

Rolston never spoke to the media. He popped up at a Rochester Americans game in November, presumably to see his friend John Hynes, the Wilkes-Barre/Scranton Penguins coach.

We’ve only read a short statement Rolston texted to CBC’s Elliotte Friedman shortly after his dismissal.

So why has Rolston been in Tampa Bay this week?

Rolston has been seen taking notes while watching Lightning practices and a game.

It’s easy to forget, but Rolston was a pretty respected coaching prospect less than a year ago. Yes, he’s been tarred by the Sabres’ wretched start. But he’ll work in hockey again.

It’s unlikely the 47-year-old will be an NHL head coach in the near future, but he could be an assistant somewhere. He was on that NHL path after a strong season and a half leading Rochester.

If Rolston had kept developing AHL players while winning games, it’s very possible he would’ve earned a promotion somewhere. The Sabres elevated him too soon. Rolston’s first game was his first day ever in the NHL.

Stay tuned. Rolston clearly has friends who value him as an asset.