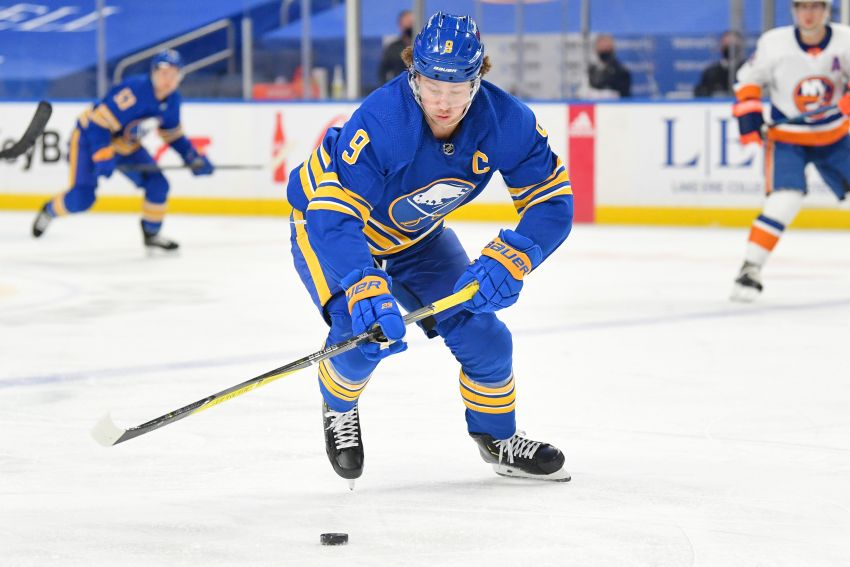 Things keep getting worse for the hapless Buffalo Sabres.

An upper-body injury will keep Sabres captain Jack Eichel out of tonight’s road game against the Philadelphia Flyers, the team announced this morning.

Eichel appeared to hurt his neck when Casey Cizikas hit him behind the net late in Sunday afternoon’s 5-2 loss to the New York Islanders. The NBC broadcast showed the center in discomfort on the bench moments later.

“All I can tell you is he’s definitely not playing tonight and he’s being evaluated,” Sabres coach Ralph Krueger said on a Zoom call this morning from Wells Fargo Center.

Eichel in discomfort around the neck #LetsGoBuffalo #Isles #HDIA pic.twitter.com/IJtbL7TGpk