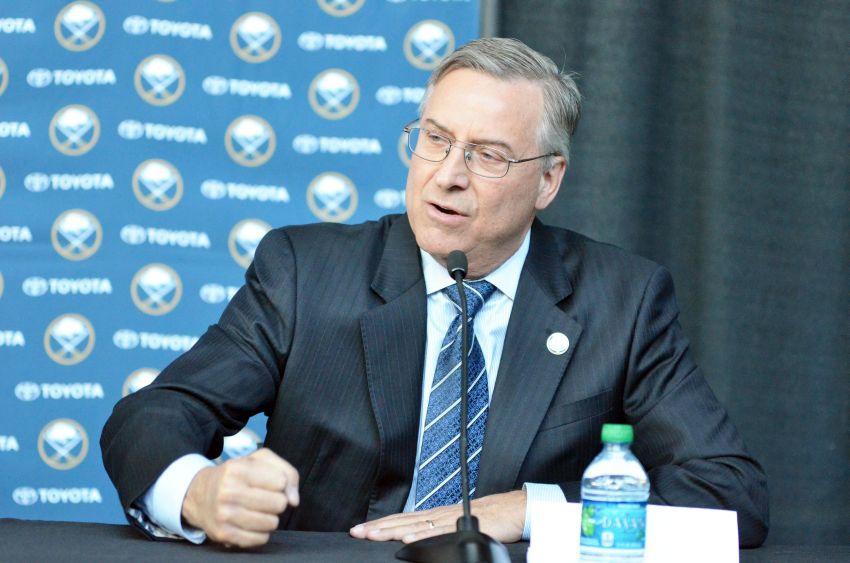 “It’s been pretty busy for Terry and Kim, for sure, to do what they’ve done acquiring the Bills,” Nolan said this morning inside the First Niagara Center. “I’m quite sure it’s not like buying the corner store down the street. It’s a lot of work. His heart’s here. He’s been calling in and checking in.”

In other news, Nolan said defenseman Jake McCabe’s injury is worse than the Sabres originally thought. The rookie had two maintenance days before he was placed on injured reserve.