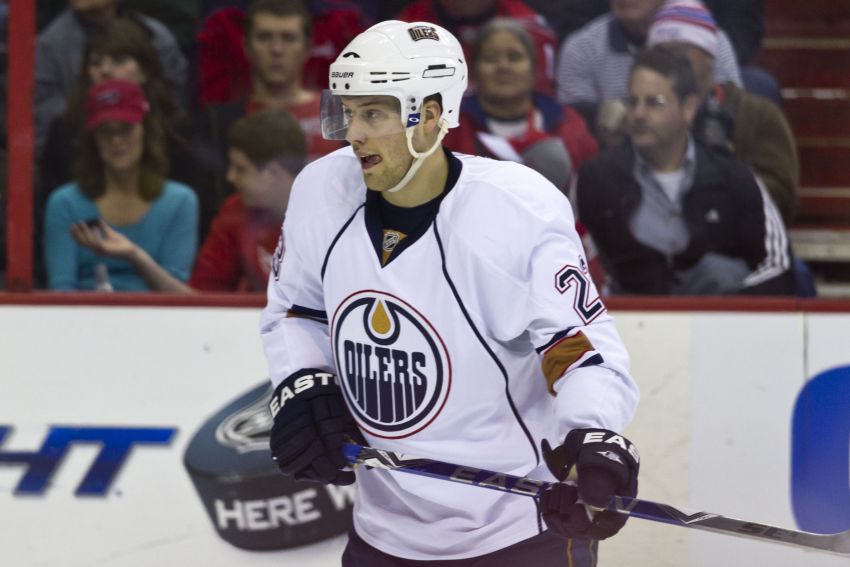 “Eh, he has to be better,” Nolan told reporters in Boston.

“We’ll give him a checkmark for just getting here last night,” Nolan said.

Omark skated 12:57, mostly on the left wing beside Ellis and Kevin Porter. The Sabres acquired Omark from Edmonton on Thursday for a conditional sixth-round draft pick.

Porter, meanwhile, left the game with 3:14 left in the second period after Johnny Boychuk appeared to hit his hip along the boards.

“We’ll get a doctor’s report on that,” Nolan said. “It didn’t look good. He’ll miss some time, for sure.”

Nolan defenseman Alexander Sulzer, who left about midway through the third period, “should be OK.”

Thanks to Bridget Samuels for the photo!

One thought on “Ted Nolan on Linus Omark’s Sabres debut: ‘He has to be better’”