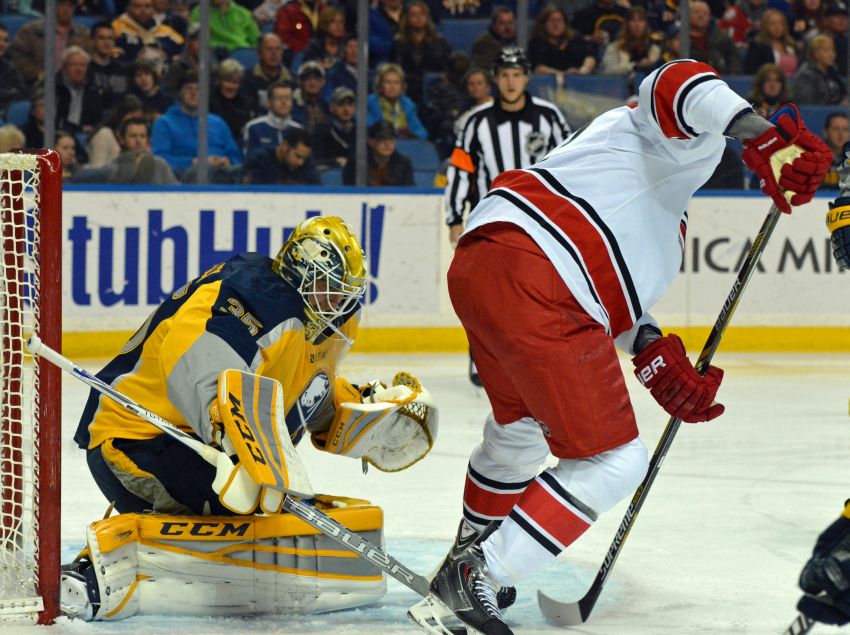 BUFFALO – Some quick Sabres updates from First Niagara Center prior to the season finale against the Pittsburgh Penguins:

– The Sabres will use the same lineup that lost 4-2 on Friday in Columbus, so goalie Anders Lindback will make his third straight start.

Backup goalie Matt Hackett, who’s been battling soreness, will dress again. Nolan couldn’t put Hackett in against a Penguins team that must win to make the playoffs.

– Nolan’s not glad the season’s almost over.

“Every game, it’s a challenge,” he said. “We were challenged to score some goals. We were challenged with some inexperience sometimes and in trying to find a solution to the problem. And trying to squeeze out a victory has been challenging and it’s been fun.”

“The one thing that interests me is just playing well, no matter when you play, where you play, what it’s for,” he said.