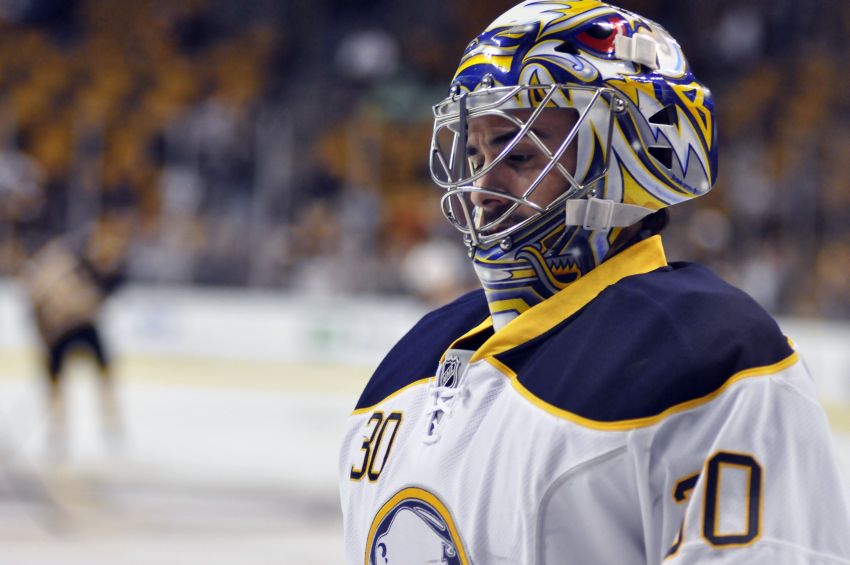 “We’re going to get right into it, no pleasantries?” Miller asked this afternoon.

In his first meeting with local reporters since September, a smiling, upbeat Miller was his usual honest self while talking about the work stoppage and the upcoming season.

Here are some quick highlights from Miller’s first chat following his return from California:

On if he had any doubt the season would take place:

“Yeah, I thought we were slowly slipping into a really toxic kind of place. I was really surprised to see the direction it went. But that seems to be the nature pro sports right now. I shouldn’t even say pro sports. We watched what happened in our government. Everyone has to play chicken to get what they want, and it comes down to the very last second, especially for the side that has all the leverage. You have to get to that last little bit so you can salvage something.

“That’s really what we were trying to do was salvage some rights that we’ve been building up for the last 45 years. It gets to a certain point, they try to strip them all away. It just kind of turned into an ugly situation. I’m embarrassed it went that far.”

On avoiding a two-tier system of superstars and cheap talent:

“You start to lose that longevity in your career for average players. That’s really what it came down to for us, trying to keep hockey where you build a team, build a career … you have the players that are young and energetic and you have the guys that are more experienced. …

“I think the fans appreciate all levels of players. That’s what we want to hold onto.”

On how the game can be healed:

“The best thing to do is acknowledge it was stupid. I tried to say, for our part, we should have apologized. It is frustrating it had to go in that direction. But if anyone had an idea how it could’ve been different, let me know. It always had to be January in (NHL commissioner) Gary Bettman’s mind. He didn’t come off anything.

On what he learned from taking part in negotiations with owners last month:

“Yeah, probably just keep your mouth shut. I didn’t say anything that bad. I just meant that whole thing with (Boston owner) Jeremy Jacobs and whatnot. (Reports surfaced Miller had gotten angry with Jacobs.) Like it or hate it, I get pretty passionate. I’m going to say what I feel. I just thought it was a little too late in the year to not being playing hockey yet, so I wanted to see if we could push the process forward. …

“It was eye-opening. You saw how things can quickly move forward, and could see how they could all be bashed apart in a matter of a minute in boardroom.”

Check back later for a full story on Miller.