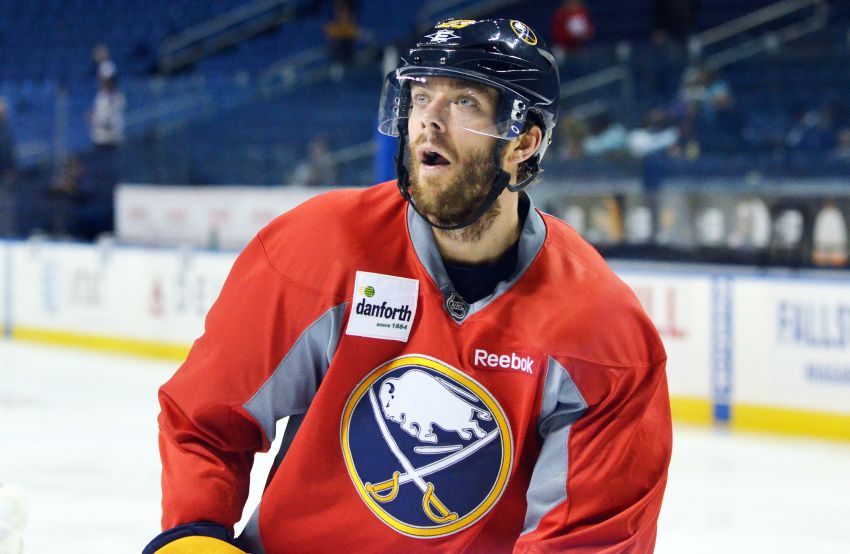 Twenty-one days into the season, the Sabres (1-8-1) possess no identity whatsoever.

“I think we’re still in the process,” Sabres coach Ron Rolston said this afternoon following practice inside the First Niagara Center. “I don’t think we’ve consistently done enough of the things to really create the identity that we want. Those are the things that we talk about when we do play during spans of the game, second, third (periods), for example.

“When we have slow starts, we seem to pick it up at the end and we start to do some of the things we’re supposed to do consistently, and we’re just not doing that enough.”

“(We must) continue to do the right things, even when it is frustrating times, where the record, you want more, you want more,” Ott said. “You have to stick with the process. I even find myself getting away from it sometimes because you want to do more. You want to try to help out, and consistency’s probably your best asset.”

In other news, Ville Leino, out since cracking a rib opening night, practiced again today. The winger hopes to return later this week. Wednesday’s home tilt against Boston is unlikely, however.

“It’s hard to say percentage-wise, but I’m getting close,” Leino said. “I don’t have that much pain anymore.”

Meanwhile, Rolston wouldn’t say if 18-year-old defenseman Nikita Zadorov, who made his NHL debut Saturday, would play against the Bruins. The defenseman skated with Jamie McBain again today.

One thought on “Struggling Sabres still searching for indentity”