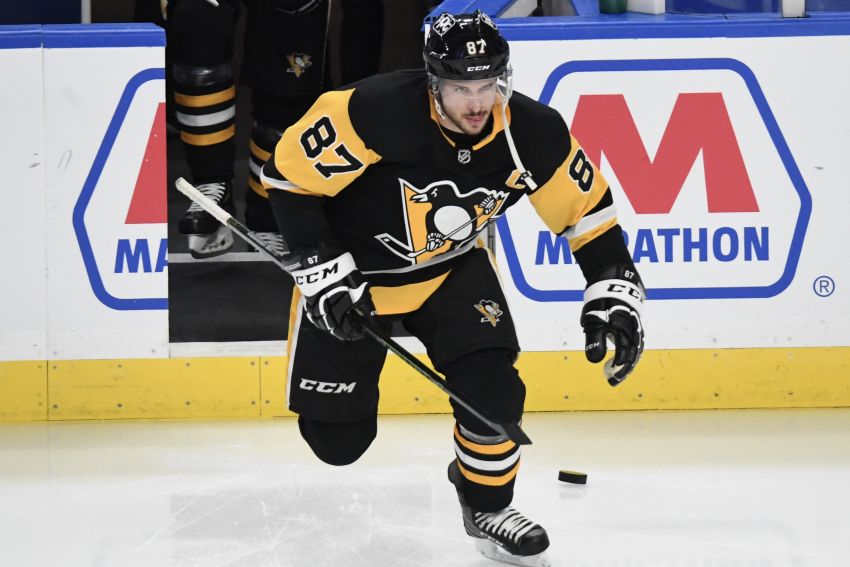 BUFFALO – The next few weeks present a stiff challenge coach Don Granato welcomes. Starting with tonight’s game against the Pittsburgh Penguins, the Sabres play 12 teams in a playoff spot or knocking on the door in their next 13 contests.

Granato know if the Sabres, winners of four of their last five games, including two straight, want to keep improving, they need to face some of the NHL’s top competition.

In Pittsburgh, which is a league-best 21-7-4 on the road, they get one of the NHL’s true heavyweights.

“It’s exciting to play these teams because you find out a little bit of where you’re at, you find out a lot of where you need to come and go,” Granato said this morning inside KeyBank Center. “And that’s usually not the case when you’re playing lesser teams. So for us, it’s what we need.”

Dynamic goaltending helped the Sabres earn three out of four points against the Penguins earlier this season in Pittsburgh.

The Penguins, having received superstar Evgeni Malkin back from injury in January, have improved significantly over the last three or four months. But so have the Sabres, who are 6-3-0 this month.

“This team is explosive,” Granato said. “Obviously, you look at their three-line depth with Jeff Carter being a third-line center is kind of hard to imagine. But you got Malkin, (Sidney) Crosby, (Bryan) Rust that’s a worker, (Jake) Guentzel that’s a scorer. It’s just they move the puck fast, they transition fast, they’re aggressive defensively, aggressive offensively. So this is a team that can overwhelm you. …

“I’m so happy that we’re playing top teams. Their record on the road, 21 and 7. We’re well aware of that. It’s exciting to play these teams, because you find out a little bit of where you’re at, you find out a lot of where you need to come and go. And that’s usually not the case when you’re playing lesser teams. So for us, it’s what we need.”

When the teams met earlier this season, Sabres rookie Mattias Samuelsson was in the minors. But the 6-foot-4 defenseman has entrenched himself in the lineup, becoming one of their most consistent presences.

“He has taken a lot of pressure off our defense because he has been so effective,” Granato said. “He can be a No. 1 penalty killer, we can throw him over the boards first, he covers a lot of shot to be blocked, he covers a range of pucks near his quadrant. So he is a big difference in how our team has played.

“He’s been a stabilizer killing plays quicker, transitioning plays quicker. He’s a big part of why we’ve been able to be better and better as we’ve moved along through the season.”

The Sabres are trying to win three consecutive games for the first time since starting the season 3-0-0. They defeated the Penguins 4-2 in their last visit here April 18.

Incredibly, they haven’t beaten the Penguins in two straight home contests since a four-game streak from March 26, 2004 to Nov. 16, 2006.

Craig Anderson will start in goal tonight. The Sabres will make one lineup change, inserting defenseman Mark Pysyk for Will Butcher.