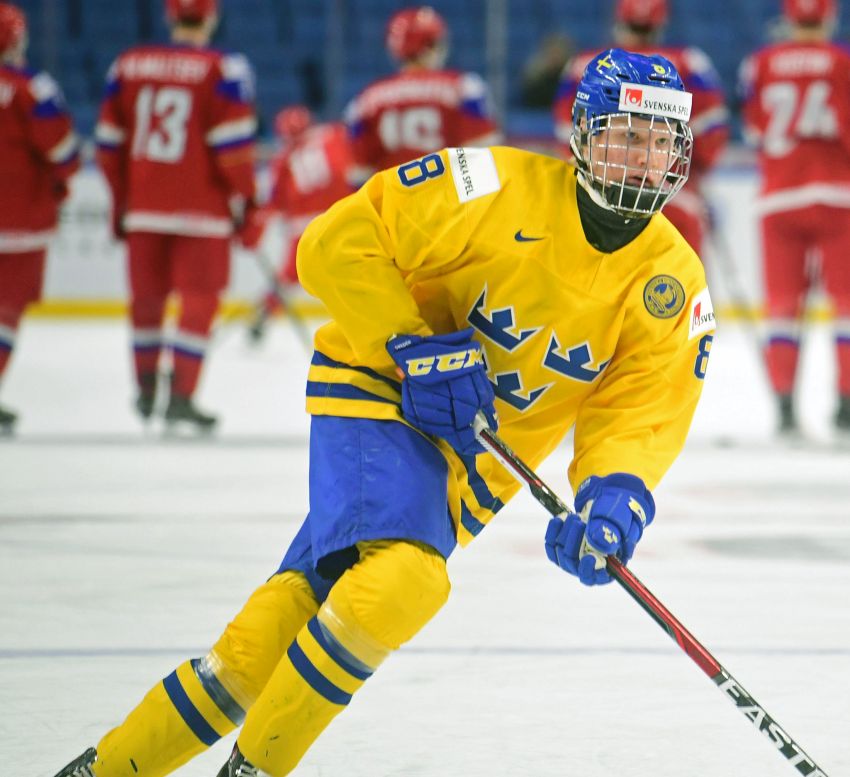 TORONTO – Few expected this would happen. Sure, thanks to their last-place finish, the Buffalo Sabres owned the highest odds – just 18.5 percent – for the first overall pick in Saturday’ NHL Draft Lottery.

But Buffalo teams don’t have any luck, right? The Sabres also had the best odds in 2014 and 2015 and lost the lottery both times.

Then at 10:14 p.m. Saturday inside the CBC building, NHL deputy commissioner Bill Daly revealed the Sabres as the winner of the first selection.

The Sabres can draft Rasmus Dahlin, 18, a defenseman capable of helping turn the hapless team around, June 22 in Dallas.

What a night for the one-proud franchise that has morphed into one of the NHL’s annual bottom-feeders.

If Dahlin, one of the best defense prospects in decades, lives up to his hype, April 28 will forever live in Sabres lore.

“They’ve been extremely supportive,” he said.

Botterill wouldn’t say who the Sabres would select. But make no mistake, they will take Dahlin.

“The type of defenseman that pretty much 31 teams in the National Hockey League want these days, just that ability to jump up in the rush and create offense and chances but also have that competitive spirit to play against other teams’ top players,” Botterill said of the Swede.

Incredibly, the Carolina Hurricanes, who had just a 3.0 percent chance at the first pick, won the second selection. The Montreal Canadiens will draft third.

The Sabres haven’t had the first overall pick since 1987, when they selected center Pierre Turgeon. They also had the first pick in 1970, when they took center Gilbert Perreault, a future Hall of Famer.

Of course, the Sabres fielded awful teams in 2013-14 and 2014-15 so they could improve their draft status. This season, they wanted to win, they just couldn’t.

Botterill and coach Phil Housley’s first year with the team resulted in a wretched 62-point campaign.

Still, the Sabres have some terrific young players in their arsenal. Eichel, Reinhart and center Casey Mittelstadt, for example, all possess star potential.

Dahlin will offer them a potentially dynamic presence on defense, a position they sorely need to improve.

“We have a lot of young players that we can mold,” Botterill said. “It’s the same thing with this young player we’re going to bring into our organization. It’s great that we have the No. 1 overall pick, but now it’s up to us to develop it and to make sure that, yeah, he is 18 years old, and for him to achieve all his potential, we have to put him in the right environment to help him get through that process.”

This will be the fifth time the Sabres have had a top-three pick in their history.

Saturday marked only the second time in the last eight years the worst team won the first pick.

The NHL milked the lottery drama for everything they could, splitting up the announcement.

Botterill said he wasn’t nervous going into the event. But he’s only human, you know.

“It was nerve-racking at the end,” he said.

In other news, Botterill said Mittelstadt, who was supposed to play for Team USA at the upcoming World Championship, will miss the tournament because of a groin injury.

Botterill said Mittelstadt, 19, should be fine in two weeks.