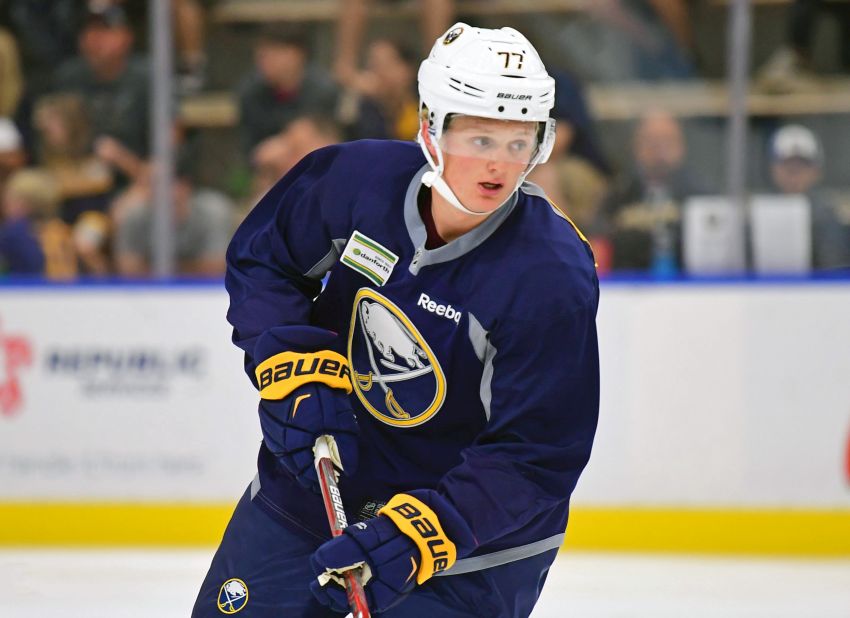 TORONTO – Even among the established NHL talent on the ice during those morning skates last summer in Minnesota, Buffalo Sabres prospect Casey Mittelstadt’s skills stood out and turned heads.

“Five-on-five, that pace, that’s the highest pace that I’ve played in the summer and he was really impressive there,” Sabres winger Kyle Okposo said Monday, shortly after Mittelstadt agreed to a three-year, entry-level contract. “I had guys on the bench saying how special of a player he was and how special his mind was for the game.”

Suddenly, the final two weeks of a miserable season look quite intriguing.

Sabres general manager Jason Botterill said Mittelstadt will likely make his NHL debut as a center in Thursday’s home tilt against the Detroit Red Wings. He expected Mittelstadt to arrive in Buffalo on Monday night. Mittelstadt also has to sign his contract.

“You’ll see another level of speed, for sure,” Sabres coach Phil Housley said prior to Monday’s 3-2 win against the Maple Leafs inside the Air Canada Centre. “He plays the game at a high speed level with great hockey sense and a great IQ for the game. (It’s) a good adjustment for him to get up to speed, you’re playing in a man’s league and you’re playing against stronger and bigger players. Those are things that he’s going to have to make an adjustment to.”

Botterill said the Sabres kept in contact with Mittelstadt throughout the season. When Minnesota missed the NCAA Tournament – the Gophers looked like a shoo-in – Botterill said they gave him some time to reflect. They spoke to him last week and let him mull his future over the weekend.

On Sunday, Mittelstadt called Botterill and said he wanted to sign.

“It’s a whirlwind,” Okposo said. “You’re living this dream and you have this life and you’re in college and you start to get comfortable there. He was there for one year. Then all of a sudden, you turn pro and you’ve got to get used to a whole new thing.”

Botterill said Mittelstadt’s “competitiveness in crucial situations” – the World Juniors being a prime example – helped convince him his prized prospect is ready.

“There could’ve been a lot of pressure on him (at World Juniors),” he said, “but he really excelled in that situation.”

Mittelstadt’s contract carries an average annual value of $925,000, according to TSN. He can’t play in the AHL this season. Botterill, however, hopes Mittelstadt will represent Team USA at the World Championship later this spring.

Playing this season will burn the first season of Mittelstadt’s contract.

Expect the Sabres to experiment a bit with Mittelstadt down the stretch.

“The beauty of Casey … is the versatility,” Botterill said. “Our plan is to start him up at center. I think that’s what the next five or six games are to do here, is to try and put him in a lot of different situations. I’m sure he’ll have some success and also have some failures, but what we’ve seen from Casey is that he learns from his mistakes fairly quickly.”

The Sabres have today off. Mittelstadt is expected to practice Wednesday.